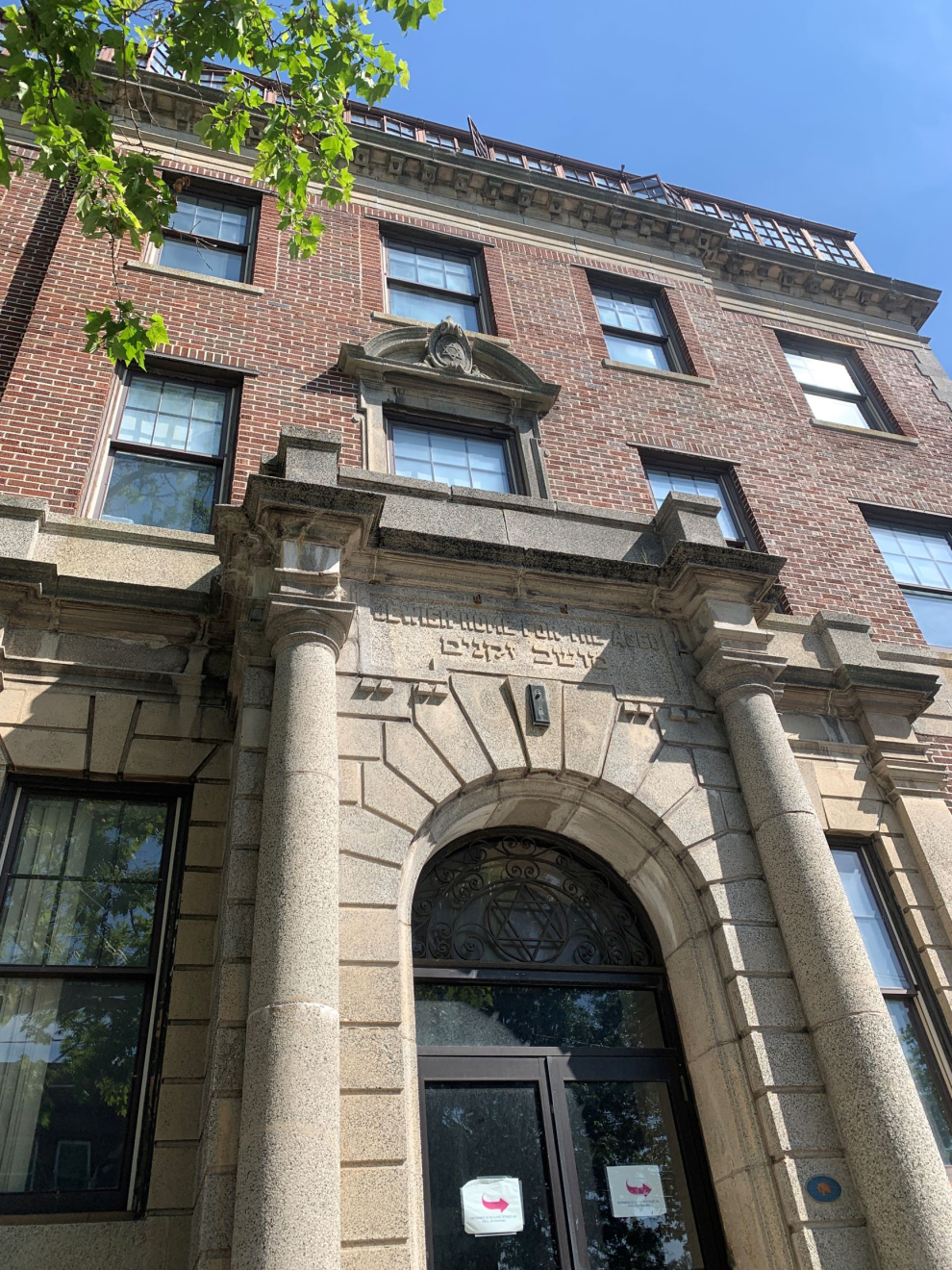 “This is the inaugural year of an annual grant program which was made possible and permanently endowed by funding from the Jewish Home Building, Corporation,” says Dr. Craig Sklar, the Jewish Foundation’s Chair. “Our intention is to award $130,000 every year, and as the fund grows, that amount can increase.”

The first year grant awards went to three organizations providing essential programs for our area’s seniors: Jewish Family Service for their geriatric social work, The Towers at Tower Lane to feed residents in need, and Madison’s Temple Beth Tikvah for their 2 Way L'Dor V'Dor intergenerational program targeted to reduce risk of social isolation and loneliness for the Jewish elderly.

The Jewish Home for the Aged on Davenport Avenue was, at one time, the primary caregiver to the Jewish elderly of Greater New Haven. It also functioned, as an important gathering place for the large Jewish community that resided in the Hill. It included a synagogue that served the local community, its daily minyan was important and it served the traditional holiday function as well as a place for many bar mitzvahs, Ginsberg recounts. When the Home ceased operations, Building Fund members diligently sought to find a way to continue their mission. After exploring several options, it was recognized that establishing a fund with the Jewish Foundation of Greater New Haven was the best alternative, says Ginsberg. He notes that the transition of Building Fund assets to the Jewish Foundation—including the transfer, storage and archiving of the Jewish Home’s historic artifacts—has been extraordinarily successful.

“For JFS, this vital funding allows us to greatly increase our impact,” says CEO Amy Rashba. “Most importantly, it expands our ability to offer individual and group therapy to isolated seniors and to also provide emotional support to their families.” JFS Aging Adult Coordinator Andrea Joseph, LCSW, looks forward to, “working with another part-time social worker to help meet the surging demands for our services.”

“I am grateful have the support of the broader Jewish Community,” says Jennifer Bayer, M.A., the Director of Development and Community Relations for The Towers at Tower Lane. “This has been incredibly helpful in reducing anxiety, exposure and risk for our most vulnerable population at The Towers safe, providing meals in-house and by subsidizing those in financial need.”

A gerontologist, Temple Beth Tikvah member and project leader of 2 Way L’Dor V’Dor, Donna B. Fedus details how grant funds will be used to nurture a greater understanding between younger people and older adults. “We are creating two-way connections between generations through religious school interactions and home delivery of special items a few times a year,” she points out. “We are doing it to decrease social isolation of older adults and to strengthen community as well as to reduce stigma about aging while preparing younger people for the age-diverse world in which they will live and work.”

“It is extremely gratifying to carry out the mission of the Jewish Foundation,” Sklar emphasizes. Through the Jewish Elderly Initiative, we will continue to provide essential financial support and services to our community, he states.

Upon receiving the assets, the Jewish Foundation’s board formed a grants committee to develop policies and procedures. The goals for this initiative include:

Lisa Stanger, the Jewish Foundation’s Executive Director, discussed that in addition to receiving the funds of the Jewish Home Building Fund, Corporation, the Jewish Foundation received many tangible assets from the former Jewish Home that have been in storage since the Home’s closing. This included many of the Jewish Home’s synagogue’s artifacts, such as memorials for donors, yartzheit plaques, and photos and painted portraits of founders and contributors—including many of prominent members of our Jewish community. These items remain in a secure, climate-controlled storage facility.

“The Jewish Foundation will be working with the Jewish Historical Society to properly catalog and archive these items, which will include a digital archive. The hope is for all of these items to be available and searchable online and, for some if not all of these items, to have a wall to hang on somewhere in our community,” states Stanger.