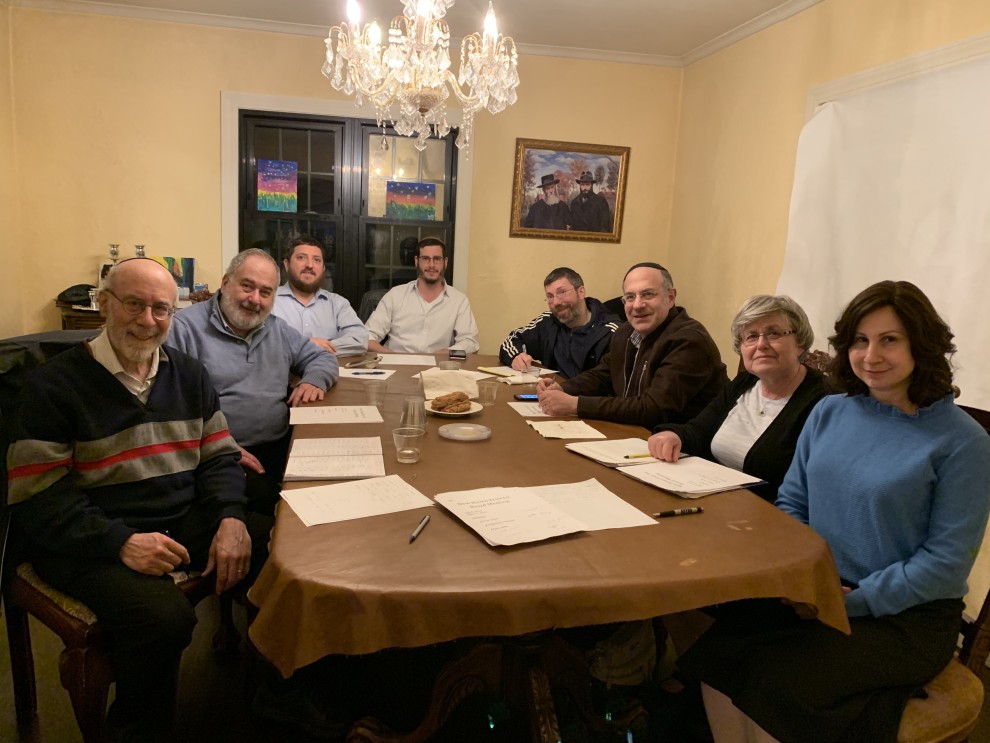 The experience of Shabbat is intended to be joyous, which in Hebrew is called “Oneg Shabbat."  However, for those who live in a city without an eruv the observance of Shabbat can be challenging.  “Coming from a community that did not have an eruv,” stated Pessy Malachowski, “I feel so blessed now to live in New Haven which has one.”
According to Jewish tradition, all manner of creative labor is forbidden on Shabbat including carrying objects from one domain to another domain. Although carrying is not “productive” or “creative” and is perhaps the least obvious type of “work,”  it represents an activity necessary for the development of social relations.  This aspect of community life must also be dedicated to God.

The rabbis of the Talmud extended the prohibition of carrying on Shabbat to quasi-public domains which include most of our cities and towns.  At the same time, the sages instituted a mechanism by which they permitted carrying in these areas through the construction of an eruv.  An eruv then allows pushing a baby carriage, playing ball outside, and carrying food to a friend for a festive Shabbat meal.  “I am so happy that I can take my baby to shul and my older children can go outside to play. As a family it is easier to socialize with friends on Shabbos,” added Mrs. Malachowski, a resident of the Beaver Hills neighborhood of New Haven.

An eruv functions as a partition like a fence or a wall that encloses a certain space.  Just as a wall to a house, for example, has a door, the Talmud established that an eruv could be created by a series of “doorways” that function like a wall to enclose a city.  The “form of a doorway” is defined by a “post and lintel” system, with two posts and a crossbeam over the top of them.  Contemporary eruvs use telephone poles and wires, constructed posts and string, existing fences and walls- all connected to create a proper enclosure.

The New Haven eruv has existed for over thirty years and has been maintained by generations of dedicated volunteers. The eruv is checked weekly to ensure that no poles are damaged or strings are broken. When issues do arise, repairs are made on the spot.

Two years ago, the eruv board made extensive upgrades to the eruv. On the eruv website, Miriam Sandman, president of the Eruv Board, stated that the improvements have cost over $20,000.  The Board is starting a new capital improvement campaign to replace the old posts with ones made out of sturdier PVC material. This measure will make the eruv last longer, ensure that maintenance is easier, and limit future costs.  The cost of the project is estimated at $15,000. The New Haven eruv is supported by the generous donations of community members.
Contributions can be made to:
New Haven Eruv, Inc.
P. O. Box 5043
New Haven, CT  06525

New Haven Eruv, Inc. is a registered 501(c) 3 organization and receives an annual allocation from the Jewish Federation of Greater New Haven.