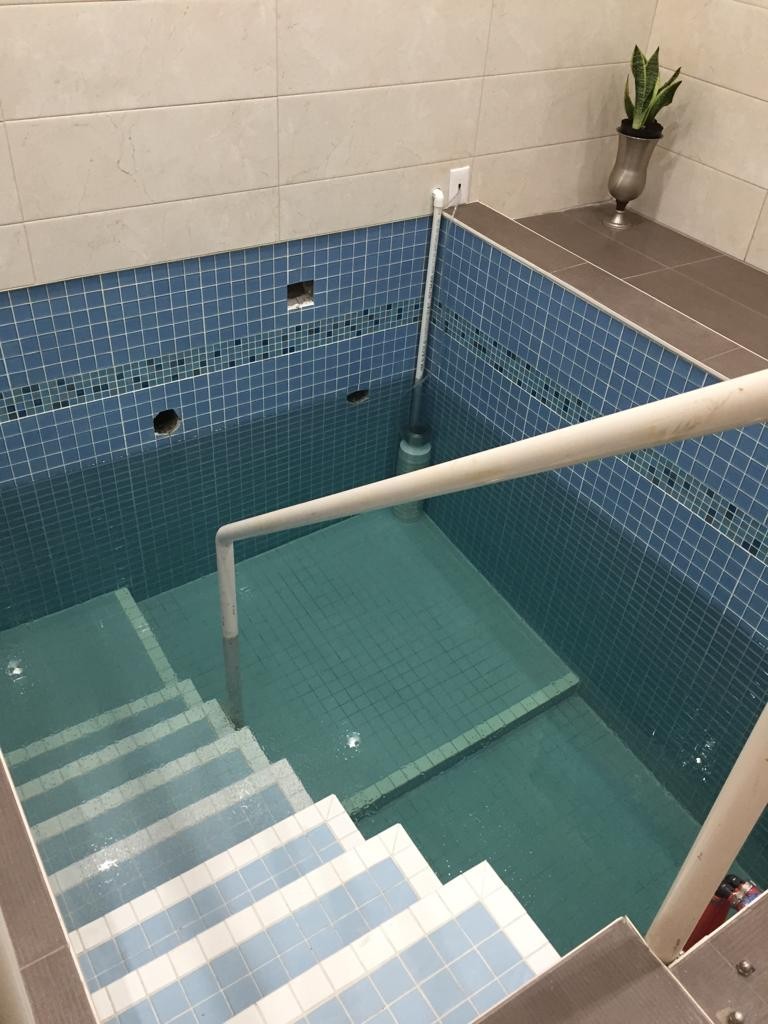 After months of hard work, the New Haven Mikvah has re-opened.  As the final preparations were being made, there was great excitement.  Tova Emanuel Hyman, principal officer of the mikvah, stated, “We are thrilled that the mikvah is operational once again to serve the community.  We are grateful for the determined efforts of the committee to see the project through.”

A mikvah is a bath or pool of water used for ritual immersion to achieve spiritual purity.  According to Jewish tradition, ritual immersion is required for certain life-cycle events, is encouraged as preparation for holy days, and promotes the sanctity of marital relations, called Taharat Hamishpachah, or Family Purity.

Sharon Reinhart, a key committee member, explained how community members have anticipated the re-opening:  “I have been receiving many calls asking when the mikvah will be able to be used again.”

The New Haven mikvah, at 86 Hubinger St., was built in 1976 and has been a source of religious sanctity since its inception.  In the 1990s, it was renovated and beautified with new bathrooms and preparation rooms.

Over a year ago, the main immersion pool began to leak.  Much effort was expended to locate the problem but a solution was not found.  The secondary pool was used exclusively and the regular functioning of the mikvah was maintained.  In the winter, however, the secondary pool also began to leak and repair proved too costly.  As a result, the mikvah had to be shut down.

In the meantime, a national organization called Mikvah USA was approached.  The group assists communities around the world to build mikvahs, provide guidance, and to support the use of mikvahs.  Their representatives came to assess the situation and agreed to take on the project.  Mikvah USA raised tens of thousands of dollars necessary to make the repair of the primary pool.  The project manager and crew worked for months to complete the task.
By the beginning of June 2019, not only was the problem fixed, but a completely new tiled pool was installed.  Improvements include new heating and filtration systems, as well as a new gutter system to collect the rainwater needed for the mikvah.

An event to celebrate the re-opening will take place on July 7 from 4-5:30 p.m. at the mikvah.  Representatives of Mikvah USA and the individuals who donated the funds for the repairs will attend.  The entire community is invited to come to the program to support  the mikvah, to tour the facility, and to express appreciation to the generous donors.
The New Haven Mikvah Society receives an allocation from the Jewish Federation of Greater New Haven.  The mikvah is supported by the New Haven Board of Rabbis.  To help the mikvah maintain its importance for the New Haven Jewish community, please send your donations to the New Haven Mikvah Society, Inc.,℅ Tova Emanuel Hyman 20 Maplewood Rd. New Haven, CT  06515