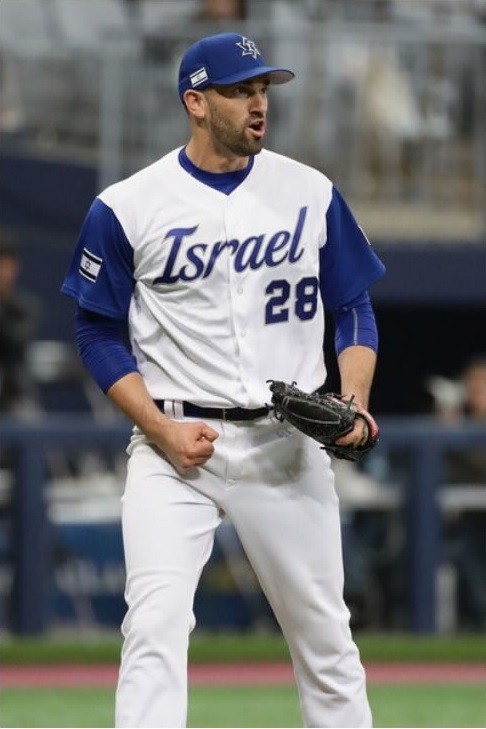 “If you become a successful athlete, you should let people know where you’re from,” Josh Zeid told the New Jersey Jewish Standard, which is a philosophy he has lived up to throughout his entire athletic career as a relief pitcher. A New Haven native and an active JCC youth member, Zeid came through with an impressive win for Team Israel in the World Baseball Classic this past March, beating out top teams, including #3 ranked South Korea, winning 2-1 in the opening game of the tournament. This win meant more to Team Israel than just a score, as they were ranked #41 in the tournament. After failing to make the last tournament in 2013, Team Israel was determined to come back strong this year and that’s exactly what they accomplished, earning Zeid a minor league contract with the St Louis Cardinals this spring season. “I went into the tournament wanting to win for Team Israel. I wanted to go out and put Team Israel in the best position to win. Anything that came out of that would be icing on the cake,” said Zeid to the New Haven Register.

As a young child, Zeid had always had a dream to play professional baseball, something he expressed to his Rabbi before his Bar Mitzvah, according to his supportive parents, Ira and Karen Zeid. Dedication and a deep commitment to bring awareness to baseball in Israel, which lacks the popularity of other sports like basketball and soccer, is what encouraged Zeid to play for the team, along with having pride in his heritage. Zeid and a few other team members had the opportunity to visit Israel in January, where they were embraced wholeheartedly by the country; giving them the morale needed to successfully advance in the tournament. Zeid’s dominance on the field and 96mph fast ball, which the New Haven native considers his strength, provided him with the spotlight to be named, along with just 11 other players, to the tournament all-star team, All World Baseball Classic, securing his position for the 2021 World Baseball Classic team. Excited to bring his skills to the St Louis Cardinals this spring, Zeid told Scout.com, “There are no excuses to not go out there and give it all you have. Give it the emotion. The thought and the attention that it deserves. You do that and success will be right behind.” Having the support from his family and team members alike, Zeid, a real mensch, will no doubt continue to thrive in his career and be an exceptional example for young JCC members today.