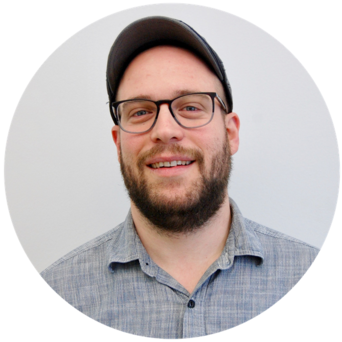 Tani Cohen-Fraade isn’t new to teaching, and he isn’t new to Ezra Academy, either. “I’ve always been around Ezra, one way or another,” he said. CohenFraade graduated from Ezra in 2001, after which he attended Cheshire Academy and subsequently enrolled in Muhlenberg College in Allentown, Pennsylvania, where he majored in religious studies and history.

After finishing his degree in 2009, Cohen-Fraade began substitute teaching for a myriad of Ezra classes. He also worked full-time as a Hebrew school teacher at Congregation Beth-El-Keser Israel in Westville, the synagogue he’d grown up attending, and at the Conservative Synagogue in Westport. “I realized that I really loved working with kids and I really loved teaching,” Cohen-Fraade said.

To further a future career in teaching, CohenFraade enrolled in the Padres Educators Program in Jerusalem. The two-year program combines biblical study at the Padres Institute of Jewish Studies with a Master of Jewish Education from Hebrew College.

After a career in teaching and instructional leadership and mentoring at Luria Academy of Brooklyn, Cohen-Fraade was recently appointed Ezra’s new head of school, following the retirement of Dr. Melanie Waynik at the end of last year.

But this new position doesn’t mean he’ll be stepping away from the classroom. “I’ll always consider myself a teacher,” he said. “This is just a further extension of that.” Just a few months into this new role, Cohen-Fraade has big plans that he’d like to help the school actualize.

“My classroom at my previous school didn’t even have windows. Look at all this land,” he said, gesturing to the various green spaces on Ezra’s lot. “Jewish environmentalism is something I’d like to focus on. We have all these great outdoor spaces, and we should be using them. It doesn’t all have to be outdoor learning, just better utilization of the space around us.”

Cohen-Fraade also wants to see the school adequately utilize the robust Jewish community that surrounds it. “There are so many incredible rabbis in our community,” he said. “And they want to teach! I’d love to see those relationships utilized.” More so than anything, Cohen-Fraade is excited to learn and grow in this role. “I’m always looking for an opportunity to do something new. I’ve already learned so much,” Cohen-Fraade said.

When he first visited Ezra, Cohen-Fraade noticed how everyone referred to the community as a family, even throughout the pandemic. While there were teachers who had only ever met through screens on a computer, this feeling never wavered. “Everyone was right,” Cohen-Fraade said. “This is a family.”