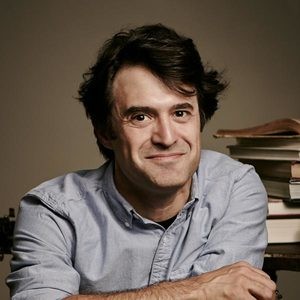 With years of mainstream journalism under his belt, former New York Times columnist Mark Oppenheimer decided to use his voice in a more personal way in 2016. He collaborated with Tablet Magazine’s Stephanie Butnick and Liel Leibovitz to create Unorthodox, a weekly podcast that discusses all things Jewish and Jew-ish. The best part – you don’t need to be observant or even Jewish to enjoy it.

As of May, Unorthodox is the #1 Jewish podcast on iTunes, has a wide listenership in 11 countries, and receives over 1,879,000 downloads. The podcast has managed to capture the attention of Jews young and old across the religious and political spectrum. I sat down with Oppenheimer, now Tablet’s editor at large, to discuss how Unorthodox went from an idea to a success and his candid thoughts on Jewish media and millennials.

Mark Oppenheimer: For me, personally, I was really excited after six years of writing a secular take of news for The New York Times to be able to do more specifically Jewish work. It’s a different experience when you’re writing for a community of people who are deeply involved in a particular religion, and the feedback is just extraordinary. I get more mail from the thousands of listeners of Unorthodox than I ever did from the millions of readers from The New York Times.

EB: How do you decide what to talk about each week?

MO: I think it’s evolved. At the beginning, if you go back to listen to the very first episodes, we felt more of an obligation to get five or ten of the greatest headlines in the Jewish world, and now we just follow our own idiosyncratic interests. We focus on things where we can give an unorthodox perspective.

EB: Where did the idea for the segment “Jew and Gentile of the Week” come from?

MO: That was all me. I definitely wanted to do interviews and so it made sense to interview Jewish guests. But then I also thought the show would feel a little claustrophobic if we only had Jewish guests, so I thought it was important to have non-Jews help us keep our listeners engaged.

EB: Who was your demographic when the podcast was born and how has it changed if it’s changed at all?

MO: We never set out to aim for a particular demographic and we never changed our content because of who we think our listeners are. I would say some of the audience who we speak to a lot is gentiles. I don’t think we had any reason to suspect, and we had thousands, they would tune into the show. Some have obvious reasons – they are intermarried or have Jewish members of the family or are interested in conversion, but a lot of them are just really curious listeners. I think in an unconscious way, we look at the audience as a humanity instead of a predominantly Jewish audience.

EB: Being Jewish doesn’t have one specific meaning, and young American Jews are connected with Jewish politics, culture, and religion but not always all three. How does Unorthodox reach the younger Jews each week?

MO: First of all, it’s not just young Jews who don’t want to attend synagogue. Old Jews don’t want to go either. I don’t necessarily think there’s a uniqueness between old and young except that the younger Jews haven’t lived as long. I think that it helps us reach unaffiliated Jews that we ourselves aren’t represented in a particular affiliation. We aren’t doing a show for Conservative Jews or Zionists or a show for social-justice- oriented Jews or a show for observant Jews. We are doing a show created by three Jews who want to talk about Judaism on all spectrums and love.

EB: What do you think are issues within the Jewish community that could drive away younger generations of Jews if they aren’t addressed?

MO: Well, I think the Jewish community has to get past its obsession with dividing people. It’s true in regard to observance. It’s true with intermarriage and Israel and Zionism. At the end of the day, we should want more people to think of themselves as Jewish.