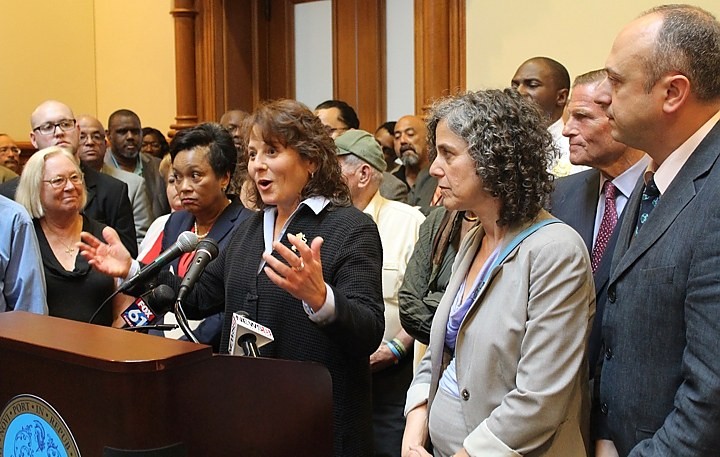 On Monday afternoon in New Haven, even Jewish lives mattered.

Jewish lives mattered. Muslim lives mattered. Black lives, Christian lives ... all lives necessary in building a just society and confronting deadly bigotry were on display and identified at a community “unity” event (rally? press conference? something in between?) organized by the Harp administration and the police department on the second floor of City Hall.

They organized the event in response to the deadly violence at a pro-Confederate monument rally staged by neo-Nazis and Ku Klux Klanners on Aug. 12 in Charlottesville, Virginia, and the subsequent excuse-making and even support for the right-wing racial ralliers expressed by President Donald Trump.

Along with elected officials and officials from the Chamber of Commerce and Yale, they invited an imam to speak, Saif Hasaan of Masjid al Islam on George Street. They invited Rev. Bonnie Scott of the United Church on the Green to speak. And they invited Judy Alperin, CEO of the Jewish Federation of Greater New Haven to speak.