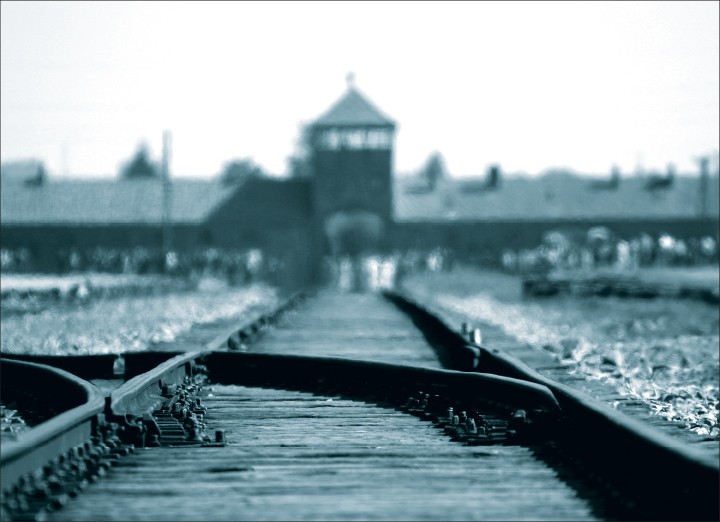 In November 1942 in eastern France, Leo Bretholz pried open the bars and jumped to escape from a moving train carrying him and a thousand other deportees to Auschwitz.

More than 60 years later, Bretholz stood before Congress and demanded that the French government be held accountable for its rail company, which was paid per head per kilometer to deport 76,000 Jews and others to concentration camps during the Holocaust.

Bretholz never got to see justice served. He died in 2014 at age 93, just eight months before France finally signed an agreement acknowledging the role of its national railroad company, Société Nationale des Chemins de Fer Français (SNCF), in deporting 76,000 people to concentration camps during the Holocaust and providing a $60 million fund for survivors.

For Westville native and Ezra Academy graduate Rafael Prober, 38, fighting for those reparations wasn’t just a job, it was a personal mission. It was for Bretholz and all of the families of those who didn’t escape those railroad cars to the concentration camps. His efforts changed his life and deepened his Jewish faith.

For six years, Prober, who now works as the Associate Deputy Attorney General at the U.S. Department of Justice, worked with more than 50 lawyers and lobbyists handling the pro bono case representing 650 Holocaust survivors.

The first lawsuit for the case was filed in 2000. Akin Gump Strauss Hauer & Feld LLP, an American international law firm with offices in Washington, brought in the case in 2006. Prober began his tenure there in 2008 and was handed the case shortly after he started. “From there, it was a whirlwind,” he admitted.

The December 2014 settlement provides a $60 million fund for survivors and their families. Survivors are just now starting to receive their first checks as part of this agreement, Prober said recently.  “This is the day we all hoped would come for them.”

Prober’s biggest regret is that his friend Bretholz didn’t live long enough to see it happen. “It’s unfortunate that it took so long for justice to be served,” he said.

When Prober read the case file, he found it incredibly compelling and moving. “I knew I needed to do this,” he said. “I tried to think of every conceivable angle and how to keep the pressure up so we could win this case for everyone,” he said.

After Prober met Bretholz and read his 1998 memoir, “Leap Into Darkness: Seven Years on the Run in Wartime Europe” about his daring escape, he became completely obsessed with winning the case. “Leo was like a grandfather to me,” he said.

The Holocaust also touched his own family. Prober’s own grandfather escaped before the war started and his great aunt managed to find a way to the United States, but most of his mother’s entire side of the family in Lithuania was murdered.

Prober still remembers helping Bretholz launch a change.org petition about the case. “He was 92 at the time and we had to create a Twitter handle for him,” he recalled. “I’ll never forget calling him the day after the petition launched and telling him we already had 50,000 signatures. He just could not believe that so many people signed it and knew his story.” Ultimately, 170,000 people signed the petition, Prober said.

“It was hard to imagine anything as meaningful that I have done in my career as this,” Prober admitted. “I constantly felt overwhelmed. I felt like I was punching over my weight class. It really was all consuming.”

“I had the constant feeling of pushing a boulder up a hill and never knowing if we would get there,” he said. “We had so many ups and downs and time was ticking by. We were representing people in their seventies, eighties and nineties. These survivors are dying.”

Still, Prober feels blessed to have met the survivors and worked on such an important case. “It was a great experience to grow and to learn from,” he said. “It was a case so clearly on the side of justice. I learned a lot of lessons about the law and personally, I learned a lot about perseverance and working hard.”

Prober remembers working on Capitol Hill alongside Bretholz and other Holocaust survivors in the nineties who testified for the case. “I thought a lot about the people who I met and those who perished in the Holocaust,” he said.

“The end goal was justice for all of them,” Prober said. “Any number is inadequate. That’s one of the hard things I had to wrap my head around, but the number does matter. It’s more as accountability. It’s never going to cover everyone.”

Prober said many Holocaust survivors are living their final years below the poverty line so this settlement does help them. “It’s never going to undo what’s been done, but at least it’s something.”

“The survivors fought hard for the memory of those who perished and to tell the world their story,” Prober said. “Before this landmark case, very few people knew about the French national railroad’s complicity.”

“This case absolutely changed my life,” he said. “It taught me a lot about myself and I learned so much about the Holocaust. I felt a deep personal connection to this case.”

Prober said every story he heard from Holocaust survivors during the case was gripping. “I needed to hear these stories and stay focused. I pushed forward and I knew in the end that some deserving people would not be covered by this settlement, but many more were.”

“No one could hold a candle to these survivors,” he said. “That’s the reason this case was resolved. It was their stories and perseverance. It was very rewarding knowing that they trusted me to represent them. It was a tremendous honor and privilege.”

“The Holocaust survivors I met during the case had fought for 70 years to get some justice,” Prober said. “I had just a small part in helping them, but they are the real heroes of this story.”

Prober, who now lives in Bethesda, Maryland, grew up in Westville and his parents, Daniel and Sharon Prober, both professors at Yale University, are still in the same house he grew up in. Prober and his wife, Bonnie, who is also a lawyer, have two young children: Zach, 6, and Elie, 3.