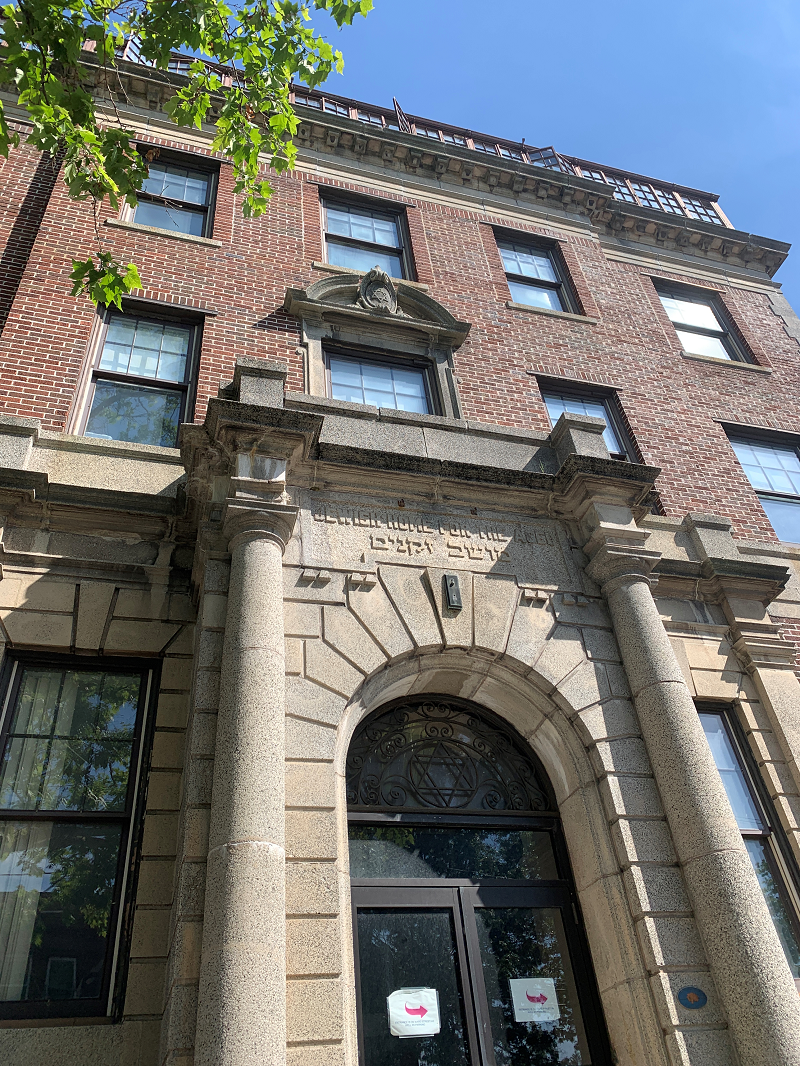 This partnership, includes the Jewish Foundation gifting all Jewish Home archival materials to the JHS as well as a grant which will allow the JHS to process the Jewish Home’s physical holdings, to save some of them in the JHS’s singular archives, and to make sure materials are placed where they belong.

When the Jewish Home was closed and was sold to a Chicago firm in 2011, many of its treasures, owned by the Jewish Home Building Fund Corporation, were put into storage. In addition to the archival materials, the storage items included art, torahs, and yahrtzeit plaques. In December 2019, all of the contents of the storage units were transferred to the Jewish Foundation.

Stephen Naron, a JHS board member and the Executive Director of the Fortunoff Video Archive at Yale, led a team to evaluate the items.

The Jewish Foundation is working with the Board of Rabbis and Cantors to find homes for the torahs and is using the funds from the sale of the art works (which included a series of prints by Anni Albers created specifically for the Jewish Home) to fund the JHS grant. The yahrtzeit plaques were given to the Towers at Tower Lane.

The Jewish Home’s paper records are of significant historical value and will help to fill out the JHS’s already extensive collection of Jewish Home documents. The new material also includes photographs, paintings of board members, and other objects from the Jewish Home.

The JHS will use the grant to hire an archivist to work at least 20 hours per week over a two-year period. That person will work with current JHS staff to sort through the records and begin a detailed appraisal and accession record. They also will work with electronic records that are part of the new collection. The first goal will be to create an online database that encompasses both previous materials and the new accessions.

Beyond supervising the cataloguing of the Jewish Home material, the archivist will oversee the digitization of Jewish Home records, photographs and artworks and create a database from the Jewish Home’s large number of Yizkor plaques.

Ideally, the archivist and the JHS staff will create a digital display of the Jewish Home materials and also will work with Brian Real of the Southern Connecticut State University (SCSU) Library Science Department to determine if it is possible to integrate the JHS archival materials into the SCSU Library’s digital catalogue. The Jewish Home’s collection will be the first to receive this treatment and will serve as a model for other JHS collections.

The Jewish Home was founded in 1914 by the Sisters of Zion and included a community synagogue.