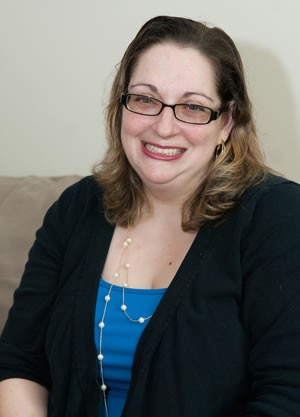 I feel bad for Shavuot – the lesser-known, infrequently celebrated, but super important, holiday in late spring. It should be one of the biggest festivals on our calendar. It is one of the Shalosh Regalim, the three pilgrimage holidays of ancient Judaism. Plus, it celebrates the receiving of the Torah on the top of Mt. Sinai. Yet, because it usually falls after the typical religious school year, or even after secular school has ended, few of us have a chance to properly observe Shavuot, the festival of “Weeks.”

I find Shavuot to be incredibly inspiring. On this day, we reenact the moment of revelation. We remember what it was like to receive the Torah, the central holy text of our tradition. In that extraordinary moment, all of the Israelites arguably became Jews, in that we finally had a unifying document that would serve as the basis for our religion, culture and values-system. Our sages saw it as a communal conversion moment; we all accepted Torah as our own on that day.

Likewise, we read from the Book of Ruth on Shavuot, and we celebrate her individual conversion to Judaism. With the following words, she linked herself to our people and our beliefs:

Do not urge me to leave you, to turn back and not follow you. For wherever you go, I will go; wherever you lodge, I will lodge; your people shall be my people, and your God my God.

Where you die, I will die, and there I will be buried. Thus and more may the Eternal do to me if anything but death parts me from you.” (Ruth 1:16-17)

In my third year of rabbinical school, I began a student pulpit in Florida. One part of my two-year experience there that will always stay with me involved my work with a prospective convert, Tammy. In the middle of my first year, she approached me to discuss the possibility of conversion to Judaism. She had read quite a bit about Judaism already, and she really felt that the Jewish community was her true home.

Besides my general work with Tammy, one particular comment she made led me to a focused study and growing passion for the area of conversion. During a discussion of images of Jews in the media, she said: “Here I am: I know so many of the rituals, I can pray with the congregation on Friday night, I celebrate the holidays and I am learning Hebrew. But, even with all of those things, I still don’t understand Seinfeld!” She attributed her reaction to her southern upbringing, but it really got me thinking. If Judaism is a religion and a culture, then how and when does a Jew-by-choice truly take on all aspects of Jewish life? A person can learn the rites and rituals of Judaism, but how does someone develop a taste for gefilte fish or kreplach, and how does someone develop a Jewish sense of humor?

It was at this point that I realized that so much goes into the process of choosing Judaism – a change in identity was necessary for the change to truly take place. An exposure to, and a comfort with – all things Jewish (holidays, food, humor, literature, sacred texts, other Jews, stories and folktales, and much more) was necessary for one to feel truly at home in the Jewish community. Thus, I decided, in my final year of rabbinical school, to write my rabbinical thesis on the psychosocial aspects of adopting a Jewish identity.

Sage Resh Lakish wrote a famous midrash: “The proselyte who converts is dearer to God than Israel when they stood at Mt. Sinai. Why? Because had Israel not seen the thunders and the lightning and the mountains quaking and the sound of the shofars, they would not have accepted Torah. But this convert, who saw none of these things, came, surrendered himself to the Holy One, and accepted upon himself the Kingdom of Heaven. Could any be dearer than he?”

In my 13 years as a rabbi, I have personally worked with at least three dozen conversion students. I have sat on a Beit Din for many, many more. I have heard many a student weep with joy and wonder from the waters of the mikveh. They enter the waters in one state, and they emerge a Jew. Something magical, mystical, and beautiful happens in the water, and he or she is now fully a Jew. They won’t ever have to tell anyone that they have converted if they don’t want to – they can just say that they are Jewish. A favorite midrash of mine discusses the souls who gathered at Sinai to receive the covenant – the text says that the Torah is given to those who stand there, and those who are not there. One midrash believes that this refers to future converts, meaning they were at Sinai, as well. Thus, when I conclude a conversion ceremony, I do not say, “Welcome to the Jewish people.” Rather, I say, “Welcome Back.”

As we continue to count the Omer and thus approach the festival of Shavuot, we all reaffirm our Judaism. In an important way, we are all Jews-by-choice. We all choose to be here, to be a part of this special global community and to apply a Jewish lens to our lives. I hope that we all remember to appreciate this precious heritage, so easily taken for granted, and use its teachings to inspire us to live lives of goodness, righteousness and justice.