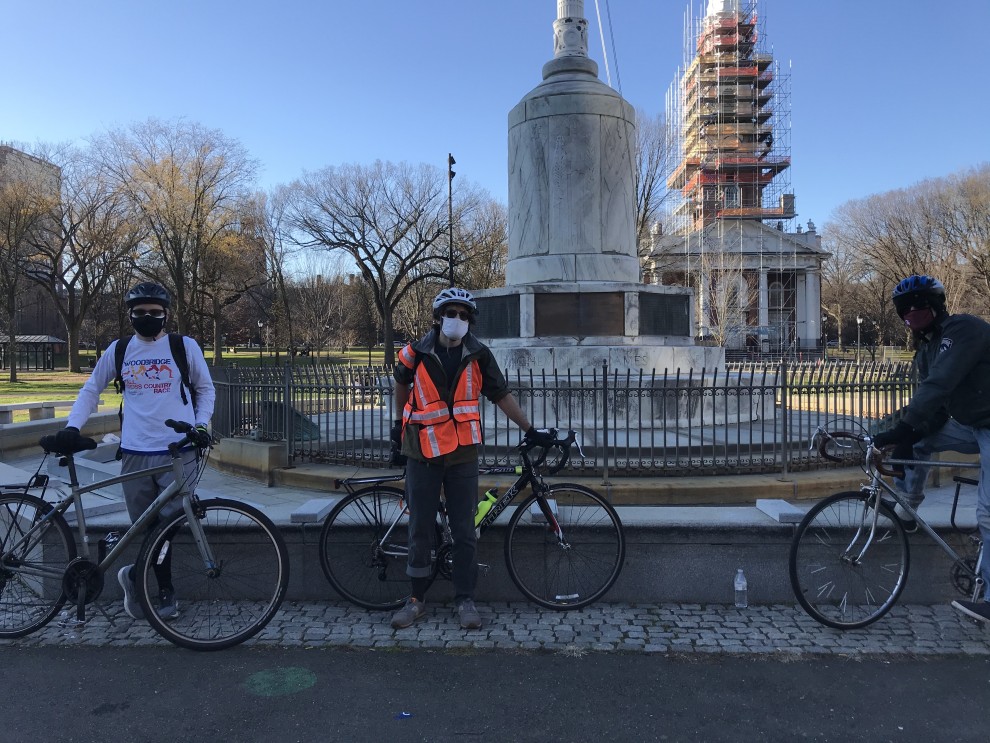 Each year, Hazon, the Jewish lab for sustainability, holds two charitable bike rides: a 5-day ride across Israel and a 2-day ride throughout New York State. This year, due to the pandemic, Hazon had to cancel the New York and Israel rides and decided to launch the 2020 Vision Rides virtual ride instead. Participants were given three months to ride, hike, swim and/or other activities at their own pace while raising funds to support Hazon’s goal of sustainability in the Jewish community.

Members of our Greater New Haven Jewish community, led by jHaven community member Josh Weinstein, took part in the Vision Rides as Team New Haven. They raised close to $2,000, making them one of the top ten highest-grossing teams. And thanks to the unique opportunity presented by the Vision Rides to go virtual this year, Hazon was able to add an extra incentive for teams: up to half of the funds raised will go directly to supporting sustainability projects right here in Greater New Haven.

Team New Haven represented a diverse cross-section of our community, consisting of teens from JTE, young adults from jHaven, members of the Federation Board of Directors and local lay leaders, all dedicated to the environmental future of Greater New Haven.

Members of JTE hosted a 15-person nature hike at Sleeping Giant Park in late November. Members of the Slifka and jHaven communities, led by Josh Weinstein, participated in a roughly 18-mile bike ride on the Farmington Canal Trail. All three groups plan to bring more environmentally focused projects to the community in the coming year.

On top of the monies raised and the much needed exercise gotten, one of the most exciting things to come out of Hazon’s 2020 Vision Rides was the opportunity for disparate sections of our community to come together, form new bonds and work together towards a common goal.

Stay tuned for more collaborations around sustainability and environmentalism, starting with a series of programs in late January for Tu B’shevat, including a family nature walk at Camp Laurelwood, a Hazon schmooze at BEKI and a jHaven virtual Tu B’shevat seder. More details to follow soon!

For more information on the various events, visit jewishnewhaven.org/eventlist.