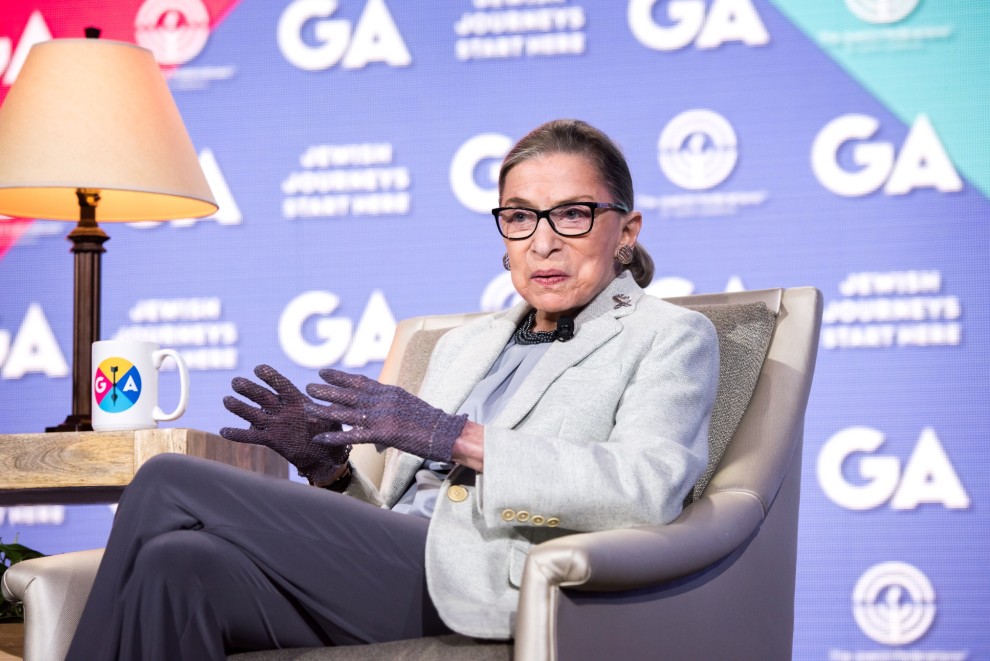 The ripple effect that Supreme Court Justice Ruth Bader Ginsburg’s Supreme Court opinions and rulings, personal convictions, and relationships had on those around her and across the US has been profound. She had a true awareness of how the law and legal decisions affected real women, including those with Greater New Haven community ties.

“I clerked for Justice Ginsburg in the 2003 term. She was a role model for me in law and in life,” says Abbe R. Gluck, a law professor and faculty director of the Solomon Center for Health Law and Policy at Yale Law School. “She taught me how to write, how to advocate and how to stand by my work. She taught me how to be a teacher, a spouse, a mother, a mentor and a friend. She worked harder than anyone I have ever met. She was a proud Jewish American woman, often invoking a Deuteronomy phrase as a guiding force in her life: ‘tzedek, tzedek tirdof’ (‘justice, justice shall you pursue’). She was already famous when I clerked for her. But that she later became a feminist icon in her octogenarian years for millions of little girls around the world is nothing short of extraordinary.”

Hamden resident Laura Wexler, a professor of American studies and women’s, gender and sexuality studies at Yale University, recalls her educational and career decisions as she grew up. When trying to decide on pursuing a Ph.D. in English or a law degree, her father, a Harvardtrained Assistant Attorney General for Massachusetts, told her about the horrible working atmosphere for women at the time, who were derisively called “lady lawyers.”

“After my father died, my mother said he always wondered why I didn’t go to law school,” states Laura. “That question was a shock for me. He must have forgotten that he himself had told me at the time that the situation for female lawyers was so appalling. The stats on women who went to law school and stopped working in the industry were high, including two of my cousins.” Justice Ginsburg helped change that, she says, both in the legal world and transcending to other professions and areas of life. Laura notes that it seemed to help change her father’s opinions as well. That is one of the differences between her generation and that of her daughter, Rebecca Wexler, a lawyer, assistant professor of law at UC Berkeley School of Law and Greater New Haven native.

“Justice Ginsburg would want to be remembered for her work. The feminist icon she became and the work she did in the 1970s has paved the path for equality. She did it so successfully,” says Gluck. She notes Justice Ginsburg’s tactics were interesting in that she notably selected cases in which men and women were in atypical roles at the time, such as men being stay-at-home fathers or women in the military. By choosing this avenue, the law could then be broadened to include less common situations.

Rebecca also admires her legal advocacy strategy. Justice Ginsburg started women’s right litigation strategy by bringing cases with male plaintiffs to build on the most compelling, most familiar narrative of the time. “If you want to work for justice in society, you need to work for change and push against a status quo that is unjust. Law has a reputation for being conservative. We learned from Justice Ginsburg that by making an argument for a status quo that is just, you gain the authority of having tradition and continuity, and put your opponent on the path of seeking transition.” 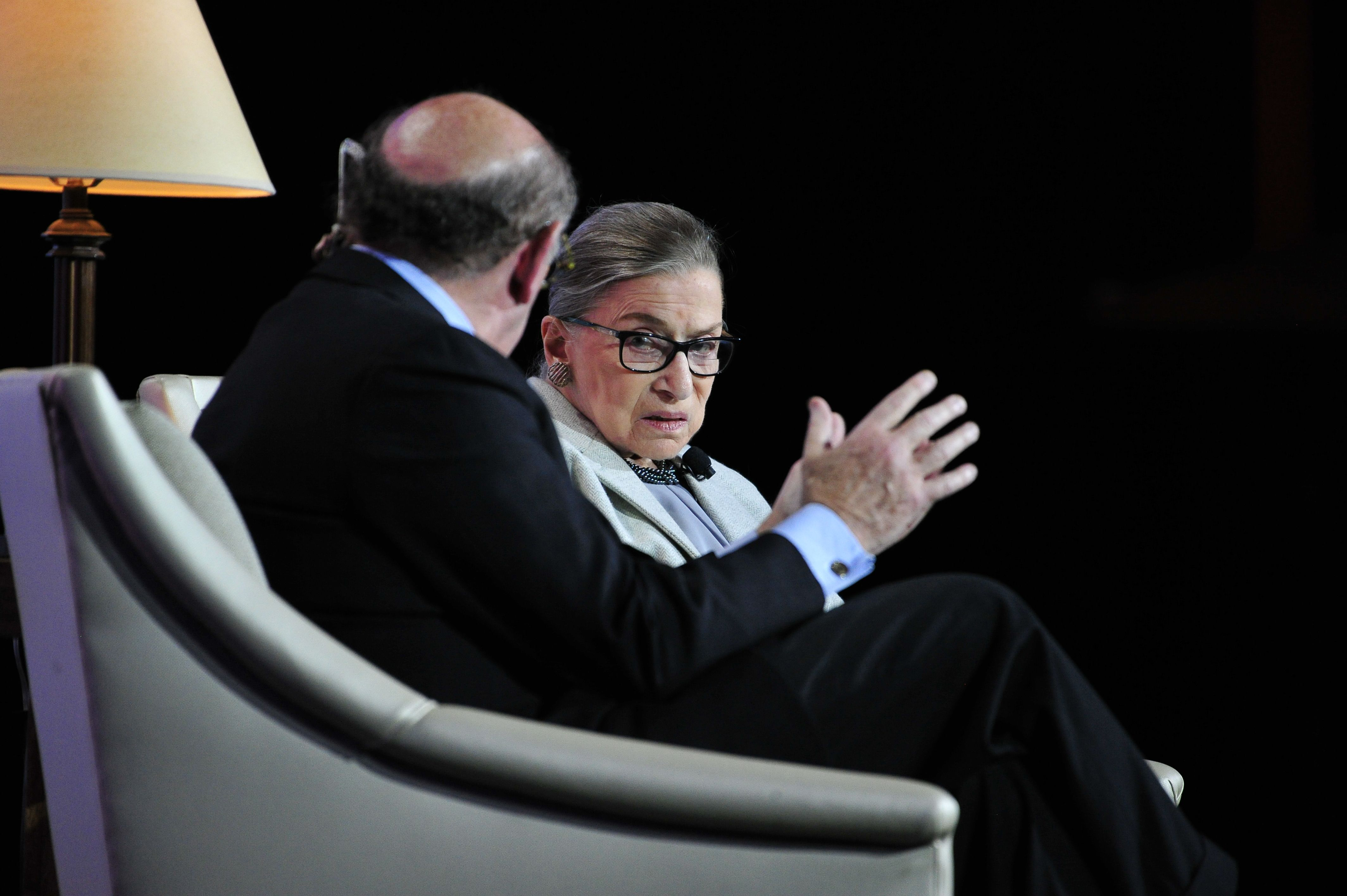 “It was no accident that many of her famous cases had men in stereotypically women’s roles seeking the same benefits a woman would receive under the circumstances,” Gluck agrees. “One of her favorite cases, Weinberger v. Weisenfeld, involved a man who wanted to stay at home and care for his children after his wife passed. For the next 45 years, she extended that vision of equality into every aspect of American life, from workplace, to education, to criminal procedure. And she lived it. She lived a life with Martin Ginsburg, a husband who was as devoted to his profession and their family. That partnership enabled them to live fulfilled lives as parents and lawyers at the highest level.”

From a Jewish perspective, Justice Ginsburg’s Jewish identity was also a core part of who she was. And she saw dissent as a Jewish value, Gluck remembers. All three women speak about the power of her writing and, particularly, the powerful phrases she used, from the time she was in high school onward. As Laura recalls, Justice Ginsburg pointed out that she had the right to use the language before she had all the rights that women have now.

“I hope my students will see the opportunity that legal claims and rules can help them achieve their goals, whether they are criminal, legal reform or serving their clients,” says Rebecca. “Legal arguments in their ideal form should be available to everyone. The courts and the law are supposed to belong to the people. The horrible legal culture that Ginsburg experienced tried to push people away from using law to make their own arguments. My hope is that my students will not get too bogged down in the boring mundane details of getting a law degree but see how RBG and others like her moved forward.”

Gluck was particularly touched when viewing Justice Ginsburg’s funeral as she saw how she continues to inspire. “It was overwhelming to see the number of fathers who came to pay their respects with their daughters—girls of every ethnicity—and teenage girls who were influenced by her.”

“I do think that it makes a real difference to have a role model that we can strive to emulate in Justice Ginsburg. When I think about her career, devotion to justice, raising up people who have been oppressed, I am energized to continue speaking,” state Rebecca. “If there weren’t figures like her showing us how the ambitions and accomplishments are possible, it would hard for us to do the work of imagining; she has done so much work of imagining what is possible for us.”