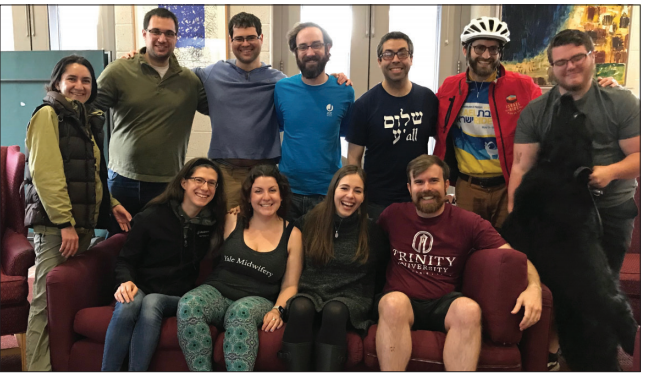 On Sunday, April 28, the Jewish Federation of Greater New Haven’s NextDor group partnered with students and professionals from the Slifka Center, Muslim Student Association at Yale, and Yale Divinity School, as well as community members from the Moishe Pod, and the “Jews in New Haven” (formerly “Jewish Graduates and Professionals at Yale”) group to host a multifaith hike, bike ride and “picnic” in support of the annual Rock to Rock Earth Day Ride.

Initially organized as an unofficial alternative for observant Jews who couldn’t participate in the official ride on Saturday, organizer Josh Weinstein decided to open it up to members of the Muslim and Christian faith communities after the massacre in Christchurch.

The 13 participants, representing seven different religious groups across Greater New Haven, enjoyed a picnic lunch at the Slifka Center after the hike/ride and discussed Jewish, Muslim and Christian approaches to environmentalism and actions that the respective faith communities could take to collectively minimize our environmental impact. Next year, the groups will be partnering with the Rock to Rock organizers to provide an official multifaith component on the Sunday after the main ride.