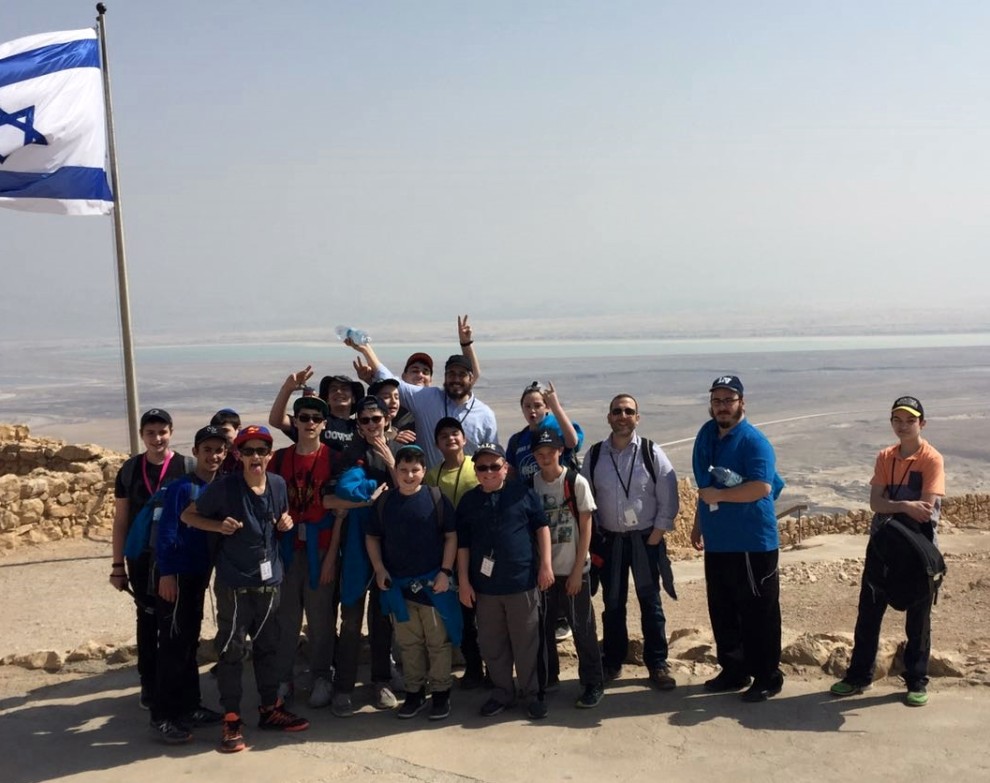 Twenty-seven seventh and eighth grade students from Southern Connecticut Hebrew Academy spent 10 days in February on the Middle School Israel Experience Trip. They traveled throughout Israel, to sites both ancient and modern. In addition to traveling all through Jerusalem, including the Old City and the Kotel, some of the highlights of the trip were visits to the Judean desert, the Dead Sea, and Masada in the South; Machon Ayalon and Holon in the West; and Teverya, Tzfat, and Mt. Arbel in the North.

The memories and lessons the students brought home are many and varied. Seventh grader Tziporah Drukier, “learned that there are many layers of history in Yerushalayim.” She was in awe of the excavation sites that revealed many of the places mentioned in Tanach. Seventh grade boys Zachary Schulman, Shlomo Malka and Max Forti were impressed by the ancient architecture in Jerusalem – that one of the world’s largest stones ever to be lifted without machinery is part of the Kotel (the Western Wall), and the use of arches to add new buildings on top of old. Several students felt a powerful connection to the past while visiting ancient sites. Eighth grader Dovid Holtzberg, “learned how the farmers in the time of the Beis Hamikdash lived and worked.” Kayla Glotzer, also in eighth grade, remarked that during the visit to Masada, “the caves were all from King David’s time and David may have stood in the same one I stood in.”

Everyone enjoyed the food, the very wide variety of sweets, and the opportunity they had to help make pita bread, but the overwhelming favorite experience of the students was going donkey riding in Kfar Kedem! One thing they all learned, as eighth grader Zachary Epstein expressed, “Israel is beautiful.”