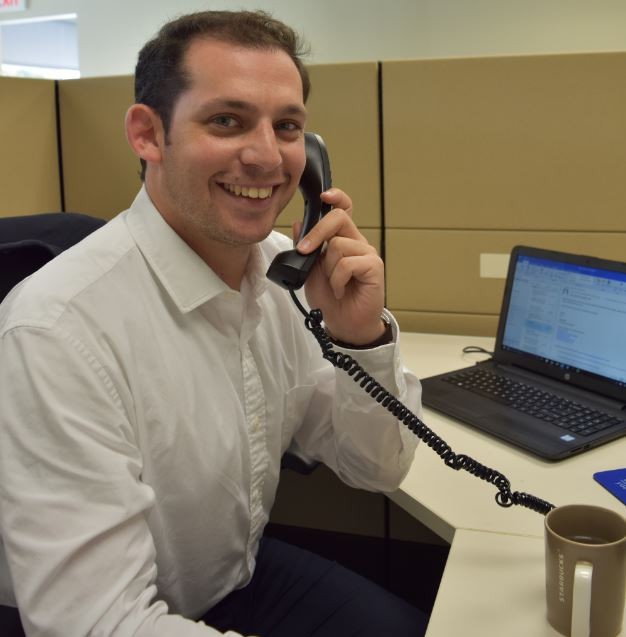 Brian Levy, of Branford, has joined the Jewish Federation of Greater New Haven as the new Director of Outreach, Engagement & Community Relations.

Levy, who grew up in Branford and attended Temple Beth Tikvah in Madison, graduated from Eastern Connecticut State University in 2014 with a degree in political science and general economics. He managed several political candidates at the state and local levels, working with the Connecticut Senate Democratic Caucus and the Connecticut Democratic Party. He was a staffer at the Connecticut General Assembly and most recently served as the Senior Legislative Coordinator for one of the state’s top lobbying firms. Levy also served as an advisor to BBYO and as a pitching coach for Madison baseball. In this newly created position, Levy will serve as the Director of the Jewish Community Relations Council with a specialized focus serving as the primary contact for the Jewish Federation on the Shoreline. He will work primarily out of the Federation’s Shoreline office in Guilford.

He looks forward to getting out into the community and meeting everyone. “I have been fortunate enough to have had several meetings in my first few weeks with important community lay leaders, chairs of the Jewish Community Relations Council, members of our Shoreline Advisory committee, and coordinators of our amazing community programs,” Levy said.

His goal is to be able to play a major role in growing the Federation’s presence over the Q Bridge and “engage our shoreline Jewish community in all of the wonderful programming, advocacy, education, and overall community building the Federation has done as a hub of in our Jewish community.” Levy said the most important part of his job right now is simply listening and learning from the community members.

As the Director of the Jewish Community Relations Council, Levy said he is working to develop an agenda of issues to focus on for the coming year. Ideally, he’d like the council to play a much bigger role in developing relationships with state and local leaders. “Working with the Jewish Federation Association of Connecticut (JFACT) and our Federation delegation is an integral next step for our advocacy,” he stressed.

Levy is excited about his new position and hopes to meet as many people as possible. Contact him by phone at (203) 387-2424, x375 or by email at blevy@jewishnewhaven.org.