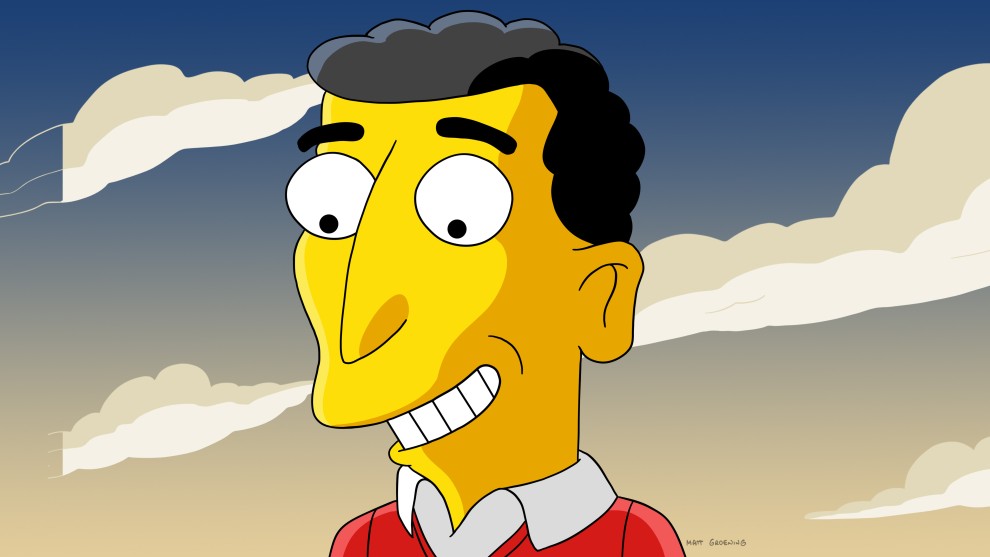 In Chapter One of Mike Reiss’ newest book, “Springfield Confidential: Jokes, Secrets, and Outright Lies from a Lifetime of Writing for The Simpsons,” the first line reads, ”I got the Simpsons job the same way I got a wife: I was not the first choice, but I was available.” At first, he was embarrassed to be 28 and working on a cartoon… so he kept it to himself. But, Reiss writes, months after the show’s 1989 premiere, “The Simpsons was not just in the papers every day; it was in every section of the newspaper! News, Entertainment, Sports, Business: editors realized a cartoon of Bart was more eye-catching than, say, a photo of Secretary of State Lawrence Eagleburger.”

Reiss, a native of Bristol, Connecticut, grew up the only Jewish kid in town, in a family full of jokesters. Bristol’s drab landscape proved to be the blank notebook that gave Mike his start as writer. Years later, the “factory town that didn’t make things” served as inspiration for the fictional “Springfield” where Homer, Marge, Lisa, Bart, and Maggie Simpson have lived for 30 years.

In the 1970s, Reiss attended Harvard University for one reason: its comedy magazine, the Harvard Lampoon. Despite the success of Lampoon alumni in the television, late-night, and film industry, Reiss says Harvard “hated the magazine.” The university was “always trying to shut us down,” said Reiss, who thinks Harvard is “a big, uncaring institution that is aggressively anti-career preparation.” In the book, Reiss writes how shocking it is that the 2006 Boston Globe ranking of “fun and social” schools listed Harvard fifth… from the bottom. “Amazing. I couldn’t imagine four schools less fun than Harvard.”

Still, working for the Lampoon helped Reiss get his first writing job in New York in 1981, which ultimately led to his 30-year stint on The Simpsons. Four Emmy awards, and a lifetime of comedic experiences later, “Springfield Confidential” packs “jokes, secrets, and outright lies” into a quick read that is laugh-out-loud funny, awkward- squirmy funny, hurts-but-it’s-true funny, and an entertaining behind-the-scenes foray into America’s “favorite yellow family.”

Reiss will be speaking at 7 p.m. on November 29 at Best Video Film and Cultural Center, 1842 Whitney Ave., Hamden. Tickets are $5 for JCC members and $10 for the general public and can be purchased at jccnh.org/rsvp. Copies of “Springfield Confidential” will be available for purchase. Call Mara Balk with questions at (203)387-2424 X300.