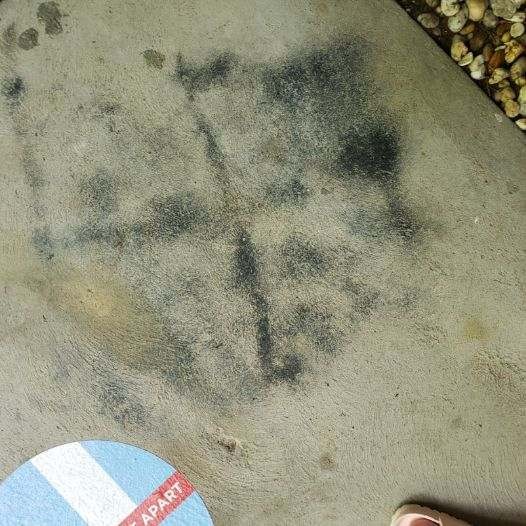 The Jewish Federation Foundation and JCC of Greater New Haven discovered a swastika spray painted on the sidewalk pathway leading to the swimming pool entrance. The Woodbridge police were called,  immediately responded, and have opened a case file. The FBI, ADL and the Secure Community Network (SCN), have all been notified and are closely monitoring the situation.

One year ago, The Jewish Federation worked with SCN, as the official safety and security organization of the Jewish community across North America, to conduct a full property review and put in place a number of security upgrades including a camera system, panic buttons and safety procedures. The Jewish Federation also sponsored training on security issues for the community. “We have been assured that there is no threat to our community at this time,” said CEO Judy Alperin. According to the FBI, there has been an uptick of hate incidents. Just last week in New Haven, St. Joseph Church in St. Mary’s Parish was vandalized with spray paint on the church doors.

The State of Connecticut has approved $5 million in state bonds to fund security infrastructure upgrades at Connecticut's houses of worship, however the monies have yet to be appropriated. We urge the state to act immediately to release this critical funding.

“This Is not a Jewish problem. These acts of hate are an affront to all freedom loving people,” said Alperin. “We are grateful for the support we have gotten from law enforcement officials and are hopeful that our elected officials will approved the funding for security infrastructure upgrades quickly.”

Ealier this week the Jewish Federation and its Jewish Community Relations Council released a statement condemning the hateful act of vandalism at St. Joseph's church.

# # #
The Jewish Federation of Greater New Haven is a non-profit organization that aims to lead, build, strengthen, and renew a dynamic local Jewish community. We provide support and caring for Jewish people in our community, Israel and worldwide, as well as to people in need in the Greater New Haven community at large. We are guided by the traditional Jewish values of Torah (tradition, learning and deeds), Tikkun Olam (improving the condition of our world), Tzedakah (philanthropy and acts of loving kindness), and k’lal Yisrael (Jewish peoplehood).