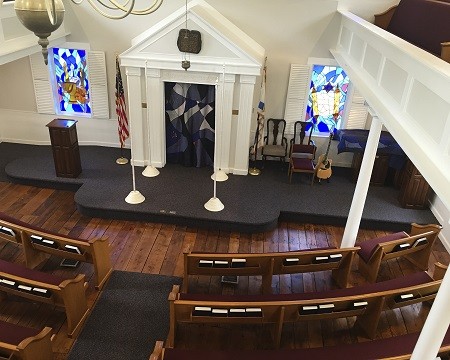 Thanks in part to a major Community Grant from The Jewish Foundation, Temple Beth David in Cheshire has been able to restore and redesign their historic sanctuary.

Founded in 1968, Temple Beth David (TBD) is a reform congregation of 200- plus families.  Originally constructed in 1834 as a Methodist Church, services were held inside this red brick building situated at the corner of Spring and South Main Streets in Cheshire, CT.  During the 1980s, a white post-modern addition was constructed to house offices, lobby and a social hall.

“TBD prides itself on the community we have created and the relationships we form,” says current Board President Kim Math.  Present-day community members realized that celebrating important lifecycle events while seated in “forward-facing, straight-backed chairs”, in a space without a center aisle or handicapped facilities posed challenges.

About three years ago, a committee was created to raise funds and set design goals.  Math recalls one key question guiding the committee’s process:”What did we want out of our prayer experience?”

Fundraising efforts began as collaboration between philanthropic congregants, who spearheaded a matching High Holiday donation drive and the Jewish Foundation Community Grant. This was representative of the impressive $2.4 million Foundation dollars that went towards local Jewish organizations and synagogues in 2015.

Math credits TBD’s former Rabbi, Josh Whinston with starting the “grant conversation” and Deb Gaudette as,”instrumental in securing the grant and putting together the original committee. “Because of the scope of the project” Math explains, “and the determination to fund this project solely with donations, the Community Grant enabled us to get a good jumpstart.  Without it, I don’t think there would have been a push forward.”

“The total grant amount was $50K; $100K raised through our fundraiser and we’re actively raising the last $70-80K by our end goal of 2017”, shares Josh Kamp, TBD’s 1st Vice President who,” took over as committee chair around 1/3 a way through”.  Kamp heaps praise upon the “seriously great team effort” of his fellow committee members.  “Everybody gave a lot a time and energy. It was an exciting to witness the transformation. The end result has been great.”

“As you cross the threshold,” Math describes,” our curved pews allow us to better see those we are praying with and to feel more like a community in our worship.”  Many historical elements were preserved (wood floor boards), relocated (original pew to the lobby), repurposed and donated (Austin Organ).

“TBD now has a breathtaking, spiritual space that welcomes long-time members and newcomers” Math concludes. “We have already seen the sanctuary used for weddings, and look forward to celebrating many more life cycle and worship events in the years to come.  We take ownership in the project by funding it solely through donations and the Community Grant.” 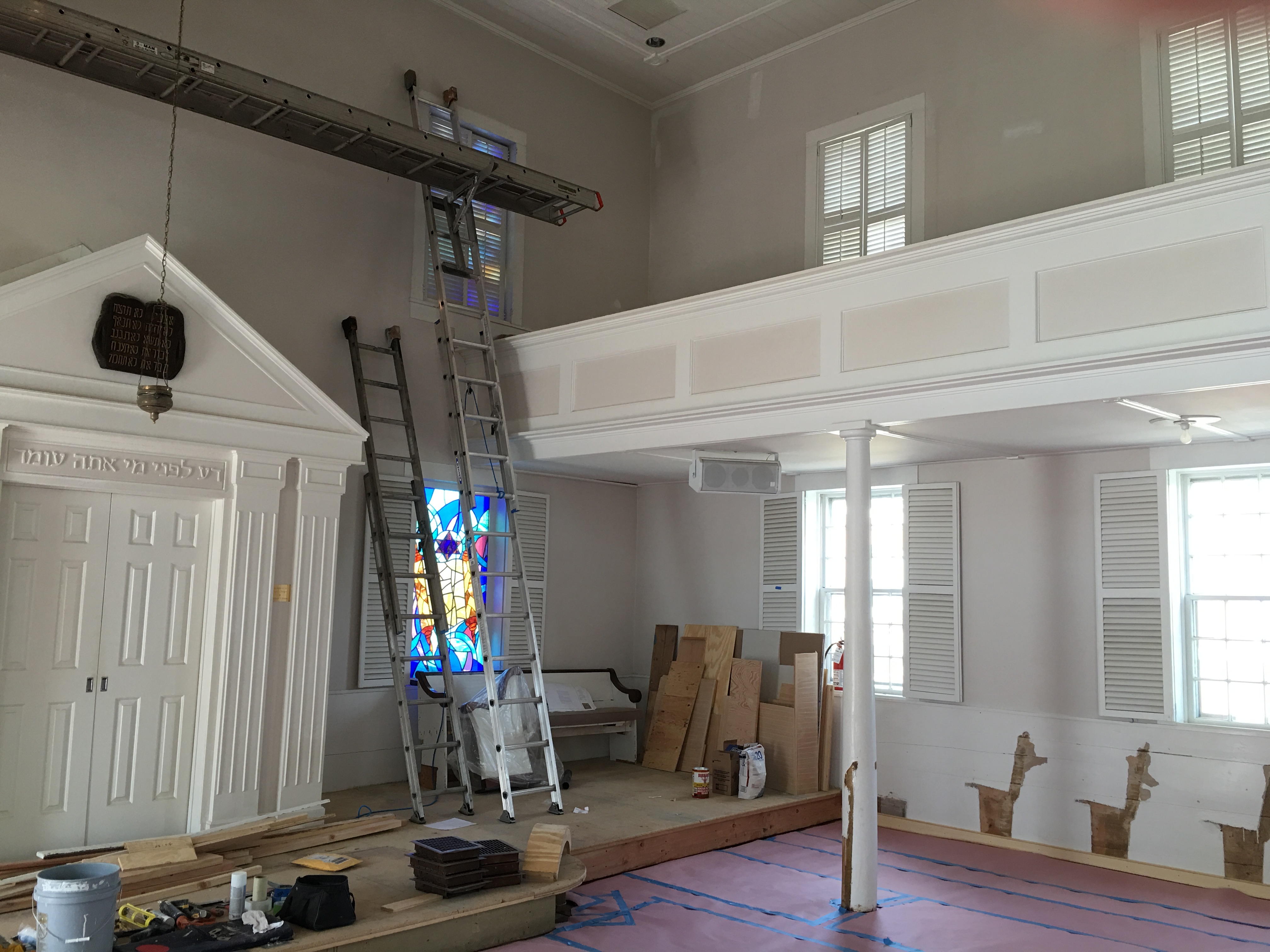 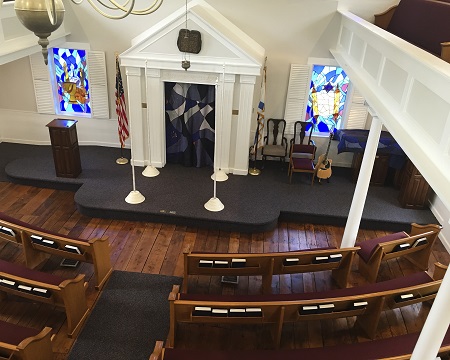