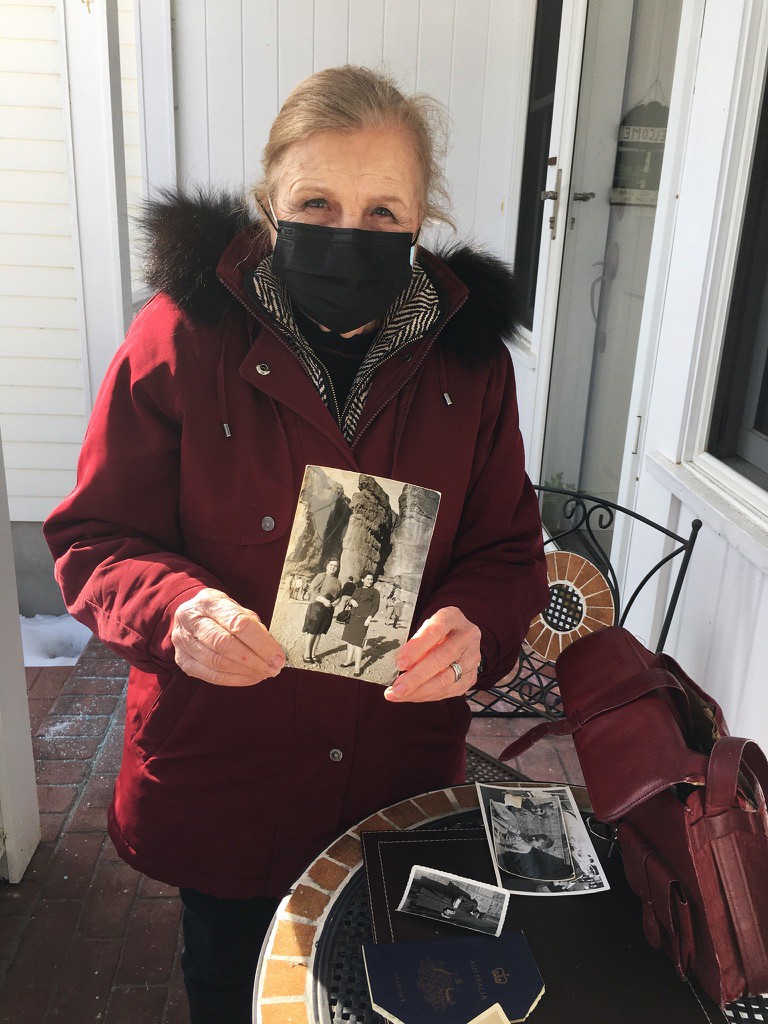 Helena Schanzer only started asking questions about her family’s Holocaust experience wandering through the world in order to find a new home as her mother lay dying in Chile. What she learned at that time is basically all she knows.

“Many parents didn’t talk about what happened and many children didn’t ask,” Schanzer said. “I feel embarrassed and guilty for not having shown more interest at the time.”

She and her husband did things differently, sharing their family history with their children and grandchildren. Now in her 70s, Schanzer is sharing her story more widely. She recently told Temple Beth Tikvah religious school students in eighth, ninth and 10th grade about her family’s journey during and after World War II. This was part of a program called 2 Way L’Dor V’Dor, which means from generation to generation in Hebrew. The project aims to increase opportunities for social interaction and intergenerational understanding by inviting congregants of all ages to interact. It was made possible thanks to the Grants for the Jewish Elderly program of the Jewish Foundation of Greater New Haven.

Schanzer’s family lived in eight countries and traveled by boat to four continents, learning multiple new languages, getting acclimated to each new place and starting over with each move. The moves brought uncertainty and worry about which country would accept Jews, how the family would be received and how long they could stay.

“It is the story of our people, the Jewish people that have had to move from place to place, from country to country, from continent to continent, in order to survive," said Schanzer. "And after all we have experienced and suffered, we have survived and thrived.”

She encouraged children in her audience to ask their parents and grandparents about their own history. Connections were made by Rabbi Stacy Offner and others about the role of religion and faith, hope, resiliency, current day issues of accountability for war crimes, empathy, and immigration.

“Everyone has a story, and our Jewish community has a shared story,” said Rabbi Offner. Six million people means six million stories. We are each made stronger when we share our stories with each other.”

Helena shared her story again with the larger Temple Beth Tikvah community ahead of Holocaust Remembrance Day alongside others who shared their own Jewish journey.