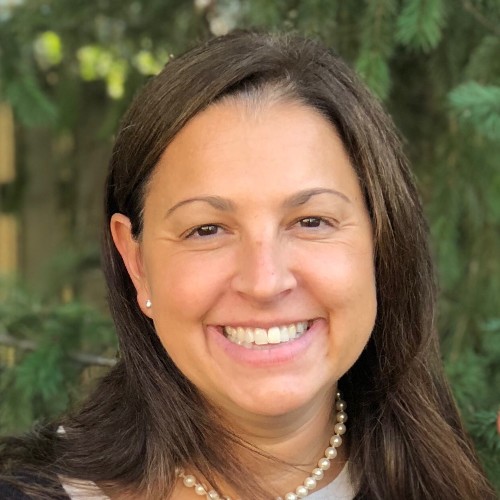 One of the things that makes the Jewish Community Center of Greater New Haven a special place is that members have a significant voice in the direction and shape programs and services take. That power gives them the very real opportunity to play a vital and impactful role in serving the community.

Under the leadership of JCC President Dave Sirowich, the JCC Board of Directors is in the midst of recruiting to its ranks new members with a variety of talents, who are dedicated to the JCC and its well being. Dave is a long time JCC board member and recipient of the “Kavod Key” -- the JCC’s most prestigious award for volunteers.

“My wife Colby and I grew up in the area and our kids attended the Beverly Levy Early Learning Center, JCC Summer Camp and a variety of enrichment programs. And so, getting involved in leadership felt like a natural way to give back,” says Dave, the father of three. “The Board has been critical in guiding decisions through open dialogue and thoughtful considerations, which has allowed the JCC to thrive,” he adds.

In the spirit of of partnership between JCC staff and board members, Dave seeks to “create a more formalized relationship between the program staff at the JCC and the board, while recruiting more board members to have greater depth, diversity and structure.”

That goal is reflected in the three new board members who bring with them fresh and exciting ideas that will surely enhance all the JCC has to offer.

HERE IS A LOOK AT THE JCC’S NEW BOARD MEMBERS:

Katie Behr has served loyally and industriously on multiple non-profit boards. Now, the longtime marketing professional for global brands is excited to bring her savvy to the JCC. When she’s not working, Katie enjoys spending time outdoors with her husband, two kids and the family dog, doing fun stuff like hiking, biking, playing tennis and photography. Fun fact: 20 years ago, Katie had several pieces of photography in a JCC art exhibit.

Rochelle Friedman moved to Connecticut from Northern Virginia with her husband and two kids in 2021...and quickly found ways to participate in the New Haven Jewish Community. Now, Rochelle is excited to use her extensive non-profit Board experience to continue to grow the JCC. A senior program manager for The Boeing Company, where she has worked for 13 years, Rochelle enjoys meeting young Jewish families, spending time with her own family, and attending Yale hockey games.

Joel Glassman grew up in the New Haven area, where he still lives today with his wife, four kids and two dogs. Joel’s connection to the JCC of New Haven dates back to the mid-1980s when, as a kid, he took tennis lessons at the JCC Bradley Road facility. Now all grown up and an executive with an energy company, Joel is excited to serve the community as a JCC board member. When he’s not in the office Joel can be found on the field, coaching his younger son’s baseball team or just chauffeuring his children to dance and baseball activities.