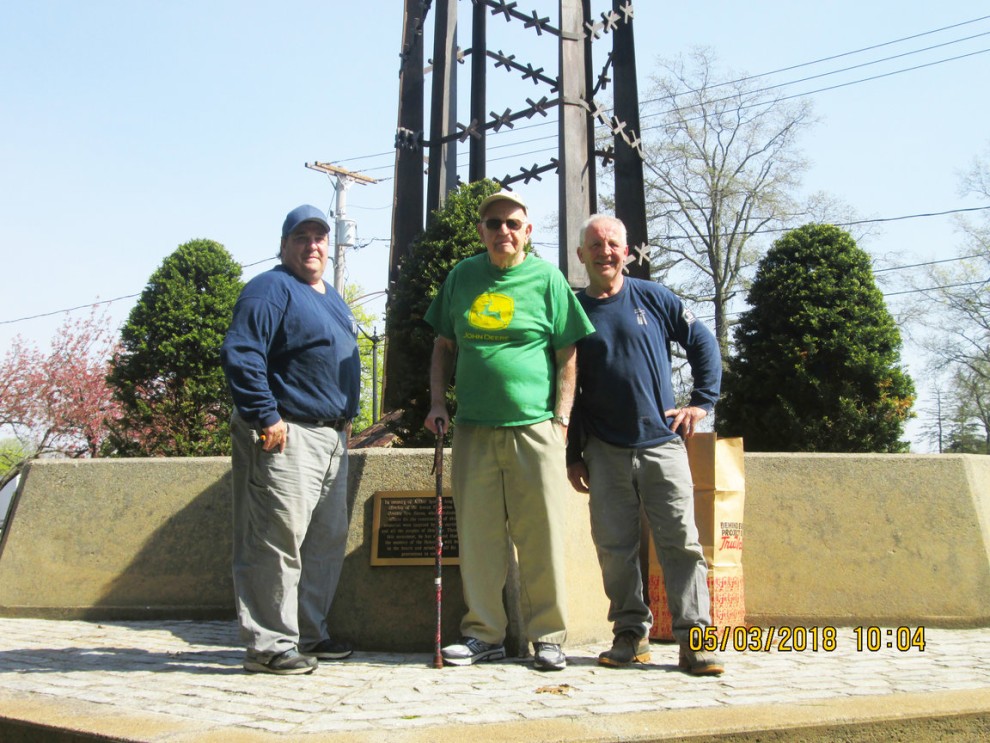 by Gustave (Gus) Keach-Longo
President/CEO of The Towers

Recently, our community observed Yom Hashoah to commemorate the victims of the Holocaust at The Towers. I made a point to visit the Holocaust Memorial at 491 Whalley Ave. in New Haven before the event.

As I approached the memorial, there was something not feeling as it should. I noticed that the memorial could use some attention. The monument’s walls and inscriptions were looking dark from several long winters and the plantings needed some attention.

As I reflected on the significance of the site and the six million lost lives it is there to honor, I felt it too needed some care.

When I returned to The Towers, I shared my thoughts about the memorial with our team. They fully understood the importance of this memorial to our community and quickly jumped at the opportunity to help.

Jesse Wescott, our new Director of Operations, met with Board members of the Holocaust Memorial of New Haven, Doris Zelinsky and Marvin Cohen. Zelinsky, Cohen and other Board members of the Holocaust Memorial, Fay Sheppard and Eric Epstein, have collaborated for countless years to help support the memorial. Through their support and guidance, The Towers team learned how to best care for the memorial and got right to work.

The team loaded a truck with a pressure washer, cleaning and gardening supplies. They spent three days carefully and meticulously power washing and tending the garden beds. They were cheered on by passersby as they were regaled by honking horns in support of their efforts.

Some members of the community stopped to witness the progress and thanked The Towers’ staff Kevin Baker and Mario Iamannuo for their hard work and attention to detail.

I am proud to share that the project turned out even better than I had hoped.

Thanks to the efforts of the whole team, now as I approach the refreshed memorial, I feel such gratitude for all those who have cared for this space throughout the decades and for The Towers team of individuals who eagerly stepped forward to do their part in maintaining this unique landmark.

I suggest you consider making a point to visit the Holocaust Memorial this summer. It’s a treasure of our community and it is worth the visit.