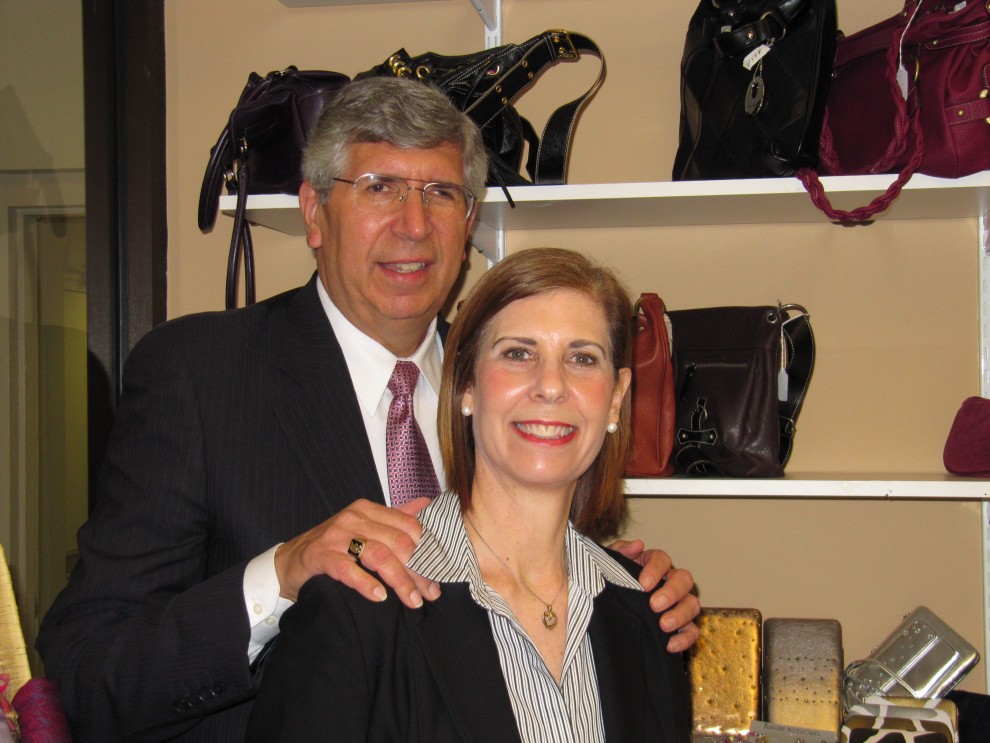 By Cynthia Mindell, Special to SNH

In honor of The Towers’ 50th anniversary, their Residents’ Association has dedicated a new endowment fund at the Jewish Foundation of Greater New Haven, named for Towers’ supporters Hyla and Barry Vine. Starting with a $10,000 gift, association members will work to grow the fund and will determine how to use the interest to benefit seniors at The Towers.

With a reputation for active senior living, The Towers works to foster resident engagement, most notably through the Residents’ Association. An independent 501(c)3 organization, the association is guided by its own bylaws and board and touts more than 200 voting members – a majority of The Towers’ population.

At its heart, the Residents’ Association is a social action organization, raising money not only for social activities for Towers residents and visitors, but also for local philanthropic efforts and distant humanitarian needs like the devastating hurricanes Harvey and Maria.

To seed the endowment fund, the association raised money through activities like raffles and Bingo, and at the Towers’ Vine Gift Shop, which is overseen by 94-year-old resident Fran Wallnau and staffed by a volunteer force of some 30 fellow residents.

Other News at The Towers

In November, some 200 former residents of the once-thriving Jewish neighborhood of Oak Street in New Haven gathered at The Towers for a reunion, replete with entertainment and nostalgic treats like mile-high deli sandwiches and black-and-white cookies.

Fourteen Towers residents were honored at a B’nai Mitzvah Celebration on Dec. 17, with 13 women called to the bimah – most of them as first-time b’not-mitzvah – and 93-year-old Herb Mermelstein delivering the same speech that he presented 80 years ago as a bar mitzvah.

Since its inception, The Towers has seen itself as a community center for all seniors – residents and visitors alike – with programs and activities provided through the fundraising efforts of The Towers development team. For its part, the Greater New Haven community nurtures The Towers by patronizing the Vine Gift Shop (named for benefactors Hyla and Barry Vine), raffles, Bingo, and other exciting events.

“What happens here is special and unique; the thriving, exciting vibe is not present at other assisted-living or senior-housing facilities that I have visited,” said The Towers Interim CEO Jackie Curl. “We really have a community and we’re able to continue to foster that community and provide opportunities for residents to learn new things, to have fun, and to build friendships with each other because of these life-enriching programs and activities. If it weren’t for the support of the community at large, we’d be just another senior apartment complex or assisted-living facility.”

As The Towers enters its next half-century, those who run and support this vibrant hub of senior life continue to inspire Greater New Haven with a simple invitation: help grow the unique community resource that brings hope and engagement to those in their later years. To learn more about how you can help to make a difference in the lives of both current and future residents contact Vivian at (203) 772-1816, x 290, Vivian@towerone.org. ​