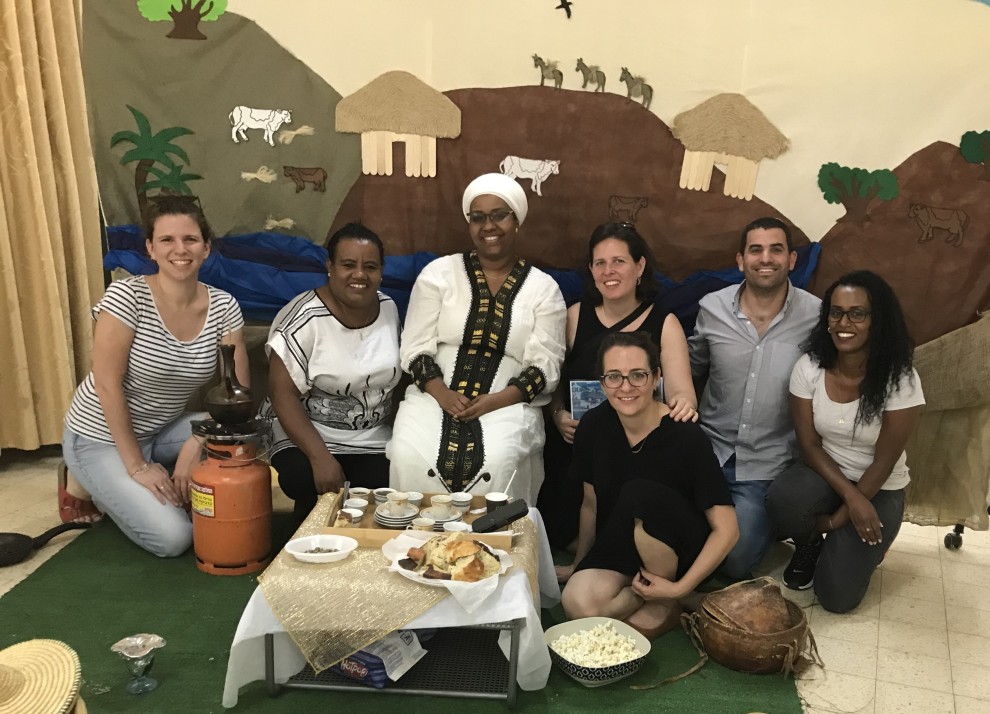 On August 8, 2019 Jewish Federation of Greater New Haven, represented by Eliraz Shifman-Berman and Nurit Kohl, visited our Afula-Gilboa partnership in Israel. The following is the first of a series of stories fom that impactful visit.

Afula is one of the more diverse cities in Israel. In Afula-Gilboa region, 40% of the residence are Israeli Arabs, and in Afula they make 50% of the workforce. Afula also has one of the biggest Ethiopian populations in the country. We had the privilege of visiting Beit Alfa, an absorption center run by the Jewish Agency for Israel (JAFI), and funded in part through donations to the Annual Campaign (with additional support from the State of Israel). The absorption center creates a bridge to newcomers, helping them adjust to the Hebrew language and the new life in modern Israeli society. The absorption center supplies for all their needs until these families and individuals are ready to spread wings. In the absorption center, we delightfully enjoyed Buna - an Ethiopian coffee service, and learned about the Aliya (immigration) story of Mazal Yishareg Brahnu who came to Israel as a little girl in 1984, as part of Moshe Operation. This operation led by the Mossed, the Israeli army and the Jewish Agency for Israel, brought 15,000 Ethiopian Jews to Israel in a short few years. Mazal recalled that her parents one days announced "Come, we are going to Jerusalem!". Everything was packed and ready to go, including a Matzah-like bread they prepared for the journey they left their homes, entire village, in the middle of the night. Mazal walked through the desert for weeks until they arrived in Sudan, where she boarded an Israeli airplane that would take her to her new home.

Mazal did not know it at the time, but her journey was just about to begin. She had no knowledge of how her life would be different and the support systems then were in their nascent. Mazal's experiences inform the way she helps and supports the newcomers still coming from Ethiopia. She works for the jewish Agency as an Aid at the absorption center, visiting with the families in their homes and helping them successfully transition into their new life in Israel.

Seeing the newcomers of Ethiopia, some just immigrated over the summer and understanding the impact of our Federation network at work was beyond powerful. I suddenly could see, with clarity like never before, how one dollar given in New Haven travels thorough lands and across oceans, to strengthen, empower, and support every part of our Jewish people, wherever they may be, and help them with whatever they may need. No one organization can do this alone. The power of our collective makes it possible.