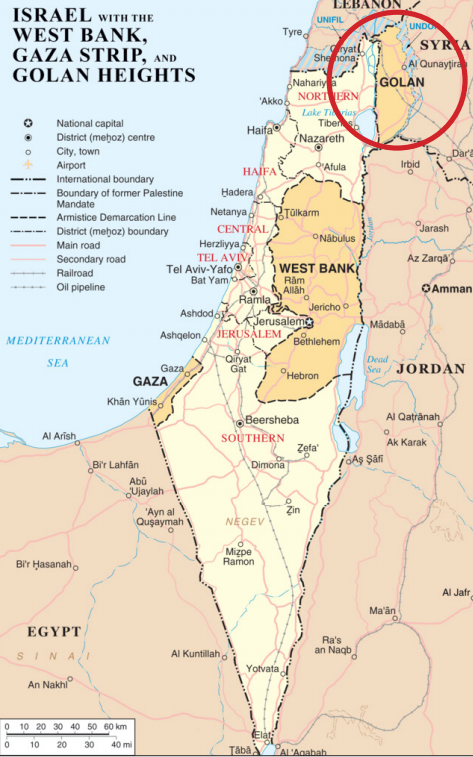 U.S. Special Representative for Iran Brian Hook said the maps are being officially redrawn and will be made available “as soon as they are ready.”

A department spokesperson told Voice of America that the map modifications would be “consistent” with the proclamation the president signed on Monday, remarking that the United States “recognizes that the Golan Heights are part of the State of Israel.”

U.S. Special Representative for Iran Brian Hook told VOA that Foggy Bottom would “redraw” official maps and make them available “as soon as they are ready.”

The editing, said Hook, reflects reality and a “need for Israel to have secure and defensible borders.”

Last week, Trump posted on Twitter that he would make that recognition.

“After 52 years it is time for the United States to fully recognize Israel’s Sovereignty over the Golan Heights, which is of critical strategic and security importance to the State of Israel and Regional Stability!” he tweeted.

Israel took control of the Golan Heights during the 1967 Six-Day War.