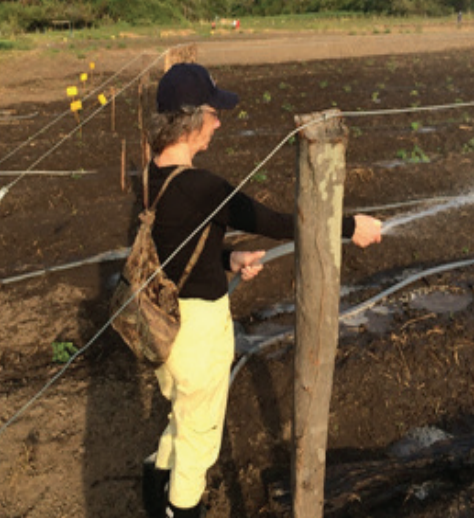 HERE SILK SHARES HER FIRST-PERSON EXPERIENCES WITH UTOPIA FOR SHALOM NEW HAVEN… I take the concept of Tikkun Olam, Repair of the World, to mean literally the WORLD. The world extends far and wide, and we might choose to support projects in Israel or elsewhere. Recently, I’ve had the profoundly moving opportunity to engage with a program in Colombia called Utopia. Colombia has suffered from devastating civil wars over the last 60 years. The complex issue of violence, fueled by drug trafficking, guerrilla and paramilitary groups, augmented the already difficult reality of rural farmers who were dealing with challenges such as the vicissitudes of nature, inequitable land tenure systems, lack of technology, lack of infrastructure, and underdeveloped domestic markets. Peace accords were signed in 2016 to finally put an end to war in Colombia. People in all aspects of Colombian society are beginning to imagine and to create a new life in a culture of peace. Colleagues at La Salle University are reflecting on the role of the university – what do the young people of today need to know, what skills should they have, to rebuild their country? La Salle created a new rural campus and the project of Utopia. Utopia offers young people from rural areas affected by violence and poverty the opportunity to become agricultural engineers. Using a methodology defined as “learning by doing and teaching by showing,” students are trained to become leaders for social and political transformation. Upon graduation, they receive funding to return to their community to implement their senior project.

In 2015, I led a group of Yale students to Colombia, and we spent time working alongside the students at Utopia.

From the start, we emphasized that our program was to be reciprocal – a shared experience that would benefit the Colombian students as well as the Yale students. One student’s reflections express the outcome beautifully - “When I first learned the name and ideas behind Utopia, I wasn’t too sure of what to think. I didn’t know if the La Salle efforts were too optimistic or if the ideas presented to us were unrealistic. All of these feelings were utterly destroyed by the experiences I had at Utopia and by seeing the hope and determination in the face of every Utopia student I met. Now, when I describe the campus to someone else, I will describe it as a true Utopia. It is a model project that deserves all of the attention and support it is receiving (and even more).”

Few, if any, students at La Salle University are likely to be familiar with the words Tikkun Olam, but they exemplify the commitment to repairing the world. In a time when we are often filled with despair, young people like these are an inspiration and we share their hope for a world at peace.

If you have any questions about JCARR or would like to get more involved, please contact Jean Silk at jsilk@jewishnewhaven.org.