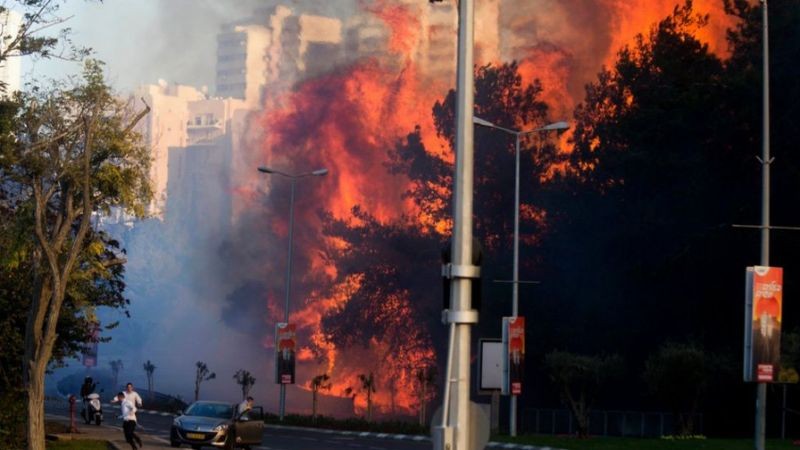 Over the last 48 hours, there have been nearly 200 wild fires impacting Israel in many areas, and 15 major fires continue to burn at the time of writing.

Police believe that arsonists are responsible for many of the fires, and Prime Minister Netanyahu has called the blazes "acts of terrorism." A number of suspects are in custody and are currently being interrogated.

The most significant blaze is in Haifa where 80,000 people have been evacuated from their homes. Haifa University has been closed and two prisons evacuated. An unknown number of houses have already been destroyed.  Other major fires have broken out in Zichron Ya’akov, Modiin, Rishon le Tzion, and near Jerusalem. Thankfully, no major injuries have been reported thus far.

All leave has been canceled for firefighters and some IDF soldiers have been called to assist including reservists in the Home Front Command. Israel’s fleet of 12 firefighting planes have been working since the fires began.  Nearby countries including Cyprus, Italy, Greece, Turkey and Russia are lending additional air support (some already on site and more are in route).  In addition, the only plane able to fight fires at night, the U.S. Supertanker, is on the way from America and should arrive in 24 hours. Palestinian Authority president, Mahmoud Abbas has offered assistance.

The situation has been exacerbated due to extremely high winds which are expected to continue through Monday and the unusually dry conditions with almost no rain yet this fall.

In many places across the country, essential services such as electricity supply and train lines have been interrupted by the fires. A number of major roads have been closed, including Route 443 to Jerusalem.  Fires are burning in the Latrun area near the main Tel Aviv – Jerusalem highway which may be shut down if the situation worsens.

The special text alert system developed by the IDF to message to people in danger zones during missile attacks has been put into service, and is being used to advise residents in certain areas when to evacuate.

Jewish Federations of North America are in contact with our partners at the Jewish Agency and JDC, local Federation professionals, as well as RAHEL – the National Emergency Authority.  The Government of Israel has made funds available to local municipalities for emergency support services including food and shelter, and has announced that it will cover initial costs of temporary housing for those instructed to flee the fires. 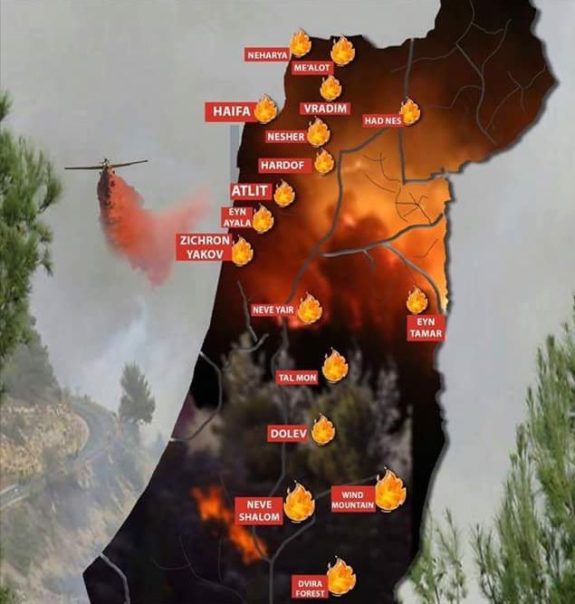