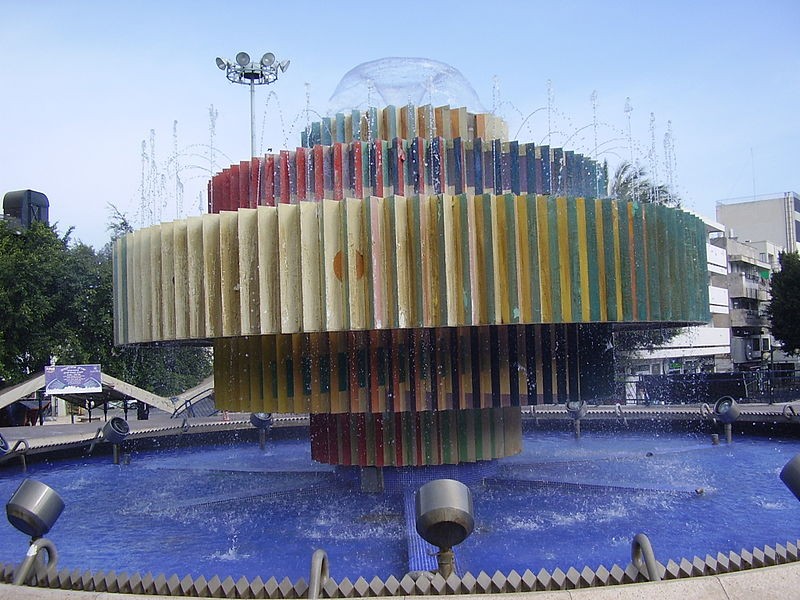 Fun fact: According to the 2006 Guinness Book of World Records, the largest menorah in the world stands 32 feet tall, weighs 4,000 lbs., is colored gold and calls the corner of Fifth Avenue and West 59th Street home.

Commissioned by Chabad Lubavitch in the 1970s, the menorah’s artist is none other than the internationally acclaimed Israeli artist Yaacov Agam, who is considered the father of the Kinetic Movement in Modern Art, and one of the leading artists of the 20th entury. The design for the menorah was inspired by drawings created by the Rambam (Maimonides) of the original menorah in the Holy Temple of Jerusalem.

“The Menorah is not important. The menorah is just the physical object that holds the light,” Agam told Shalom New Haven in a riveting phone conversation earlier this month, in which he talked about shadow and light, hope and despair, physical and spiritual, the seen and unseen, truth as the root of faith and art, and god as the original creator of constant change.

Where there is light, said the 93-year-old year old artist, there are shadows. Which reminds him of a nugget of wisdom he’s been carrying with him through the years, that was imparted to him by none other than the Lubavitcher Rebbe, with whom he once exchanged personal letters.

“Shadows are important,” said Agam, whose apartment sits next door to the art museum established by the city to display some of his most important works. “The shadow cannot exist without the light. Wherever there is shadow, problems or sorrow, there is light; there is hope. Sometimes we need the shadow to help us trace the source of light.”

Born in 1928, Agam was raised in a religious household. His father was a rabbi and the young Ya’akov studied with a melamed, a private tutor for religious studies. Agam's connection to faith has changed over the years, and he shies away from discussing his present-day religious practice. Many of the concepts that influence his spiritual world, as well as his personal philosophy, are rooted in the essence of the Hebrew language.

“Emunah (faith) and omanot, are both derivatives of the word emet (truth). The latter holds life’s journey that starts with em (mother) and ends with met (death),” he explains. “God is the ultimate creator of change. It’s in his name – YeHeVeh, which in Hebrew can also mean “formation”.

The essence of his art is the idea that nothing is constant and everything changes, says Agam. The artist doesn’t create the art but rather starts a dialogue with the observer, who is invited to look at the art from different angles, interact with it and change it. Since we change and our perspective constantly changes and evolves, then so does the art.