"Rockets Fired from Gaza" by Israel Defense Forces is licensed with CC BY-SA 2.0. View a copy of this license, here.

The Jewish Federation of Greater New Haven and its Jewish Community Relations Council continues to monitor the situation unfolding in Israel.  We will continue to bring you information as we mourn the horrific loss of life and pray for the complete recovery of the injured.  As events continue, we remain in close contact with our partners and friends in Israel, especially those in our sister community of Afula-Gilboa.

Rockets Fired at Israel from Gaza

A Message from National Federation Leadership

Perhaps we shouldn’t have been surprised, but the outbreak of fighting in Israel still shook us up this week.

We had been focused on reopening after the Covid pandemic, working to make sure schools and summer camps and Israel trips could resume this summer and fall. We are planning our first ever “hybrid” General Assembly for October and optimistically working on in-person conferences for our National Young leadership Cabinet and International Lions of Judah.

We were following the daily updates on Israel’s effort to form a new government, including the growing possibility that Israel would have a new prime minister for the first time in over a decade. And, of course, we were counting down the days to Shavuot, which begins Sunday night, and then to Memorial Day weekend in the United States a week later, both heralding the beginning of summer – a summer that we pray will be open and safe, healthy and restorative.

By now, as we head into the second full day of what is clearly a major military operation, we realize that the signs of this conflict were there all along. Israel has been taking aggressive actions to prevent Iran from terrorizing its citizens and from building an offensive nuclear bomb, and Iran has vowed revenge both directly and through its proxies in Hamas and Hezbollah.

The Palestinian Authority cancelled planned elections once again, denying Hamas a hoped-for political victory in the West Bank and creating an incentive for Hamas to try and take center stage by leading attacks on Israel.

The confluence of Yom Yerushalayim (Jerusalem Day) and the end of Ramadan put the area of the Temple Mount and Al Aqsa mosque squarely in the sights of provocateurs seeking to incite violence. And the opportunity to test both the new administration in the United States and disrupt the already contentious Israeli political scene surely added to the calculus that Hamas made as it launched this barrage of rocket attacks.

But we also can see clearly that the government of Israel and the Israeli Defense Forces are firmly in control and are making the necessary strategic and tactical decisions that are their responsibility at such times. They will decide how deeply to strike back against Hamas, and when to seek or agree to a cease fire based on their assessment of Israel’s security needs.

The fact that the operation now has a name – Operation Guardian of the Walls – makes this point even more dramatically. Israel didn’t seek this conflict, but it will aggressively seek the best outcome for the country’s both short and long-term security.

Through our partners on the ground – the Jewish Agency, JDC, the Israel Trauma Coalition and more – and directly through all our relationships, friendships, and funding commitments, we will do everything that we can to alleviate suffering and to quickly repair and rebuild the damage.

We will return to Israel just as soon as the pandemic and the security situation allow – and not a moment later. We will walk the streets, visit our family and friends, pray in the synagogues, eat in the restaurants, and shop in the stores.

We will meet with Israeli leaders to better understand the current political and security situation and learn what more we can do to help. And we will celebrate, as always, that we have the privilege of living in a time when we, the Jewish people, have the ability to shape our own history, not to be the victims of a fate determined by others.

At this time, we cannot adequately express how proud we are of the ongoing support flowing from the Jewish Federation system across North America. Through all your words and deeds, you have demonstrated once again what it means to be am echad, one people. We have been anxious to learn what more we can do to help, what additional steps we can take.

It is hard to wait and see what is needed – we want to mobilize urgently. And we are already responding. The Fund for the Victims of Terror, established by the Jewish Agency and supported with special allocations from our entire Jewish Federation system to be ready for just such occasions, is already distributing funds to victims of bombing in Ashdod, Ashkelon and elsewhere. We will constantly monitor the situation and respond, as always, quickly and thoughtfully.

Stay tuned for regular reports on ways we can all help. And let us know any ideas you have on how our Federation system can do more to support our brothers and sisters in Israel.

There is an old Jewish joke that, when we see someone we should know but can’t remember, we say “we met at Sinai.” The joke comes from an old rabbinic story (midrash) that it wasn’t only the Israelites who had left Egypt who found themselves at the foot of Mt. Sinai to receive the Torah on Shavuot, but all Jews who ever lived and everyone who will live were at the base of the mountain that momentous day. This story feels particularly relevant as we approach Shavuot this week.

May all Jews gather figuratively at the foot of Mt. Sinai this coming Sunday evening - to receive the Torah once again, to support each other, and to send the clear message that we are standing together as Israel yet again defends itself and the Jewish people.

Recordings of Related Programs and Events

Current Events in Israel with Dr. Michael Oren
Sponsored by the Jewish Agency for Israel 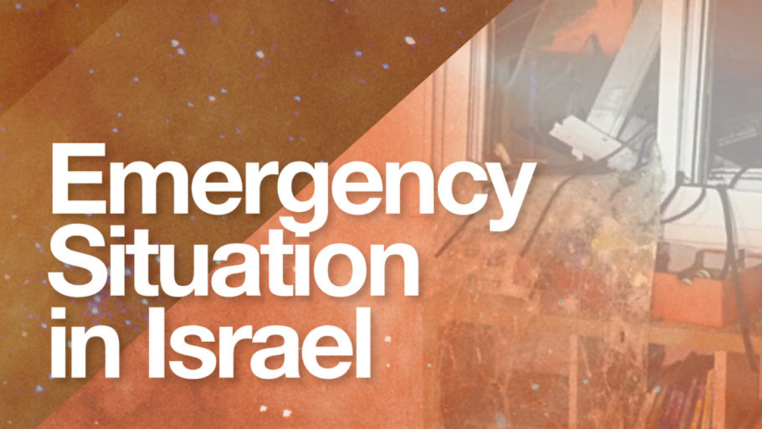 The Causes Behind the Conflict
with former MK Michal Cotler-Wunsh 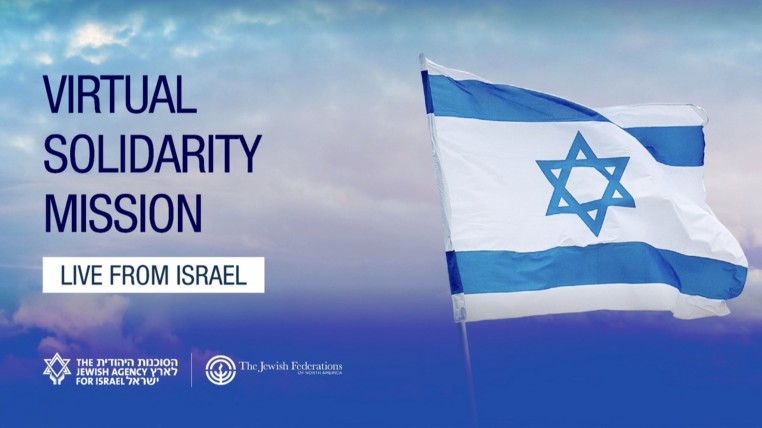 Anatomy of an intentional escalation

4 Myths and Facts about the Violence in Jerusalem

The ‘Al-Aksa is in Danger’ Libel: The History of a Lie

The fighting in Gaza, Jerusalem and across Israel, explained

The tinderbox that is Jerusalem has burst into flames - analysis

Israel, frozen in a fateful moment, on Jerusalem Day at noon

Hamas thinks Israel will want to end this conflict quickly; it could be wrong

Can Mansour Abbas douse the flames in Jerusalem? - analysis

Washington Institute for Near East Studies

The tinderbox that is Jerusalem has burst into flames - analysis

Hamas Acted Unexpectedly, Israel Is on Brink of a Gaza Operation - Once Again

Israel, frozen in a fateful moment, on Jerusalem Day at noon

Hamas thinks Israel will want to end this conflict quickly; it could be wrong

Can Mansour Abbas douse the flames in Jerusalem? - analysis

The fighting in Gaza, Jerusalem and across Israel, explained

ADL Statement Regarding Recent Violence and Rocket Attacks in Jerusalem

JCPA Condemns Antisemitic Incidents in the Wake of Israel-Hamas Hostilities

A First-Hand Perspective from Naveh Yogev

Director of the Southern New England Consortium's Partnership2Gether in Israel

Shalom friends. I would like to share some of my personal experiences from the last few days, and my point of view on the current situation.

I am writing this both as a Jewish-Israeli citizen, and as a professional in a mixed region.

In my eyes Israel is under attack on 2 fronts:

What do I mean?

SOME Israeli Arabs took advantage of few occasions concentrated in a short period of time:

The end of Ramadan; the legal question of housing in Sheikh Jerah in Jerusalem; and, most importantly, the fact that the Israeli-Arab political parties have lost their power and influence on the next government. If until a week ago everyone wanted Mansur Abase's voice, now there is no need in their votes.

This frustration, along with the Yoms (and, of course, the Nakba), as well as the cancellation of elections in the Palestinian authority, all led to anarchic actions in some places, and the response of the police poured fuel on the flames.

It causes real pain to see our neighbors—pharmacists, bus drivers, shop owners and more—protest against us. By "us" I mean the unknown. I am not sure what the protests stand for. I am not sure they know. Jerusalem is a headline, but many of them do not relate to it. I don’t understand why people in the village of Na'ura (in the Gilboa) protest and raise flags of Palestine instead of the Israeli flag. None of them, I am sure, would want to live under a Hamas regime. Israel has its faults, but it is still one of the most democratic states in the world! Israeli Arabs are equals and have ALL civilian rights!

It's been like that, and it will continue to be. We as a partnership will continue our efforts in creating shared living in Afula and Gilboa.

While I feel  the IDF does it's best to avoid harm innocent people  (calls for civilian evacuation are heard, and the direct hit in the heads of Hamas and its missile shooters), it seems that Hamas people do what they can to harm Israelis- whoever they might be. Even Israeli Arabs as we saw last night.

And here lies the difference in my eyes.

It's not about power, or politics. It's about what is it you are willing to take from the other side.

But its complex; There is another side.

I am sure that mothers and fathers in Gaza have the same fear, and they also want their children to be raised with no military action around them. They suffer.

But that is not the reality. Hamas has control, and Israel must take action to destroy Hamas as a terror organization. They terrorize Israel, and their own people, and that has to stop. In my eyes, and as a member of the Jewish people, I feel that this is the obligation and commitment Israel can do for its neighbors CITIZENS of the Gaza strip, free them from Hamas.

I pray for quieter days, for health to people on both sides, and wish that our soldiers will be safe back home as soon as possible.

I want to thank you all for your support. Your text messages, voice messages and e mails are really contributing to our strength.

May we all know only peace!